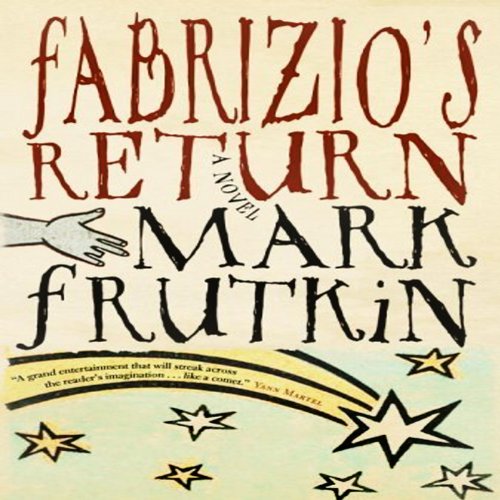 By: Mark Frutkin
Narrated by: Todd Haberkorn
Free with a 30-day trial

It is 1682 in Cremona, Italy. With his manservant, an insolent dwarf named Omero, Fabrizio Cambiati, a priest, climbs the town clocktower to await the return of a comet that is said to reappear in the skies every 76 years. He has a new invention called a telescope with which to scour the night. As they await the comet, he scopes the town below and sees the commedia dell’arte players setting up in the town square and a Jesuit arriving in a carriage. We later learn that the Jesuit is Michele Archenti, a Devil’s Advocate sent from Rome to investigate the candidacy for sainthood of this same Fabrizio Cambiati - 76 years later!

The novel then begins again, this time in 1758 when Archenti settles himself in the town to assume his investigations. It is his job to find the flaws in Fabrizio’s character. In this attempt, he interviews a number of citizens, including an old duchess who holds a secret about Fabrizio’s life that would ruin the reputation of this priest, who was both a hidden alchemist and healer. The play held in the town square connects the two time periods by reflecting the goings-on in the wider world. We meet the players, as well as the duke, his beautiful daughter, a happy madman roaming the countryside with a skeleton on his back, and a hunchback who lives with his mastiff in a labyrinthine palace that is, like imagination itself, continually mutating. With enormous assurance and a wonderful affection for his characters, Mark Frutkin has woven a miraculous tale that explores the ambiguous nature of reality and on every page packs joy into the listening.

What listeners say about Fabrizio's Return