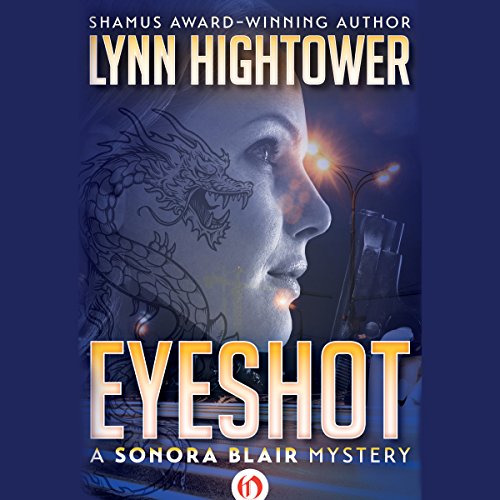 By: Lynn Hightower
Narrated by: Coleen Marlo
Free with a 30-day trial

This edge-of-the-seat thriller from Shamus Award - winning author Lynn Hightower plunges Cincinnati homicide detective Sonora Blair into a case with a high-profile suspect - and a chilling link to an unsolved murder. There are times when Sonora Blair hates being a cop - for instance, the day distraught husband and father of two Butch Winchell walks into the Cincinnati PD to report his wife missing. A mutilated corpse has been found along Interstate 75 between Kentucky and Tennessee, and the body parts might belong to Julia Winchell. Eight years earlier, when Julia was a student at the University of Cincinnati, she witnessed a murder. When the body disappeared, no one believed her. But Julia never forgot it, and was compiling notes and articles that would point the finger at a shocking suspect. District Attorney Gabe Caplan is Cincinnati's golden boy - a champion of the underdog, a defender of law and order, and a man shadowed by a tragic past. Eight years ago, his pregnant wife was brutally murdered, leaving behind their two-year-old daughter. Now Gabe is on the verge of scoring a major victory in a high-profile case. Sonora's gut tells her the two murders are linked, but how can she prove it when she's up against a DA who knows how to work the system - and whose current pregnant wife could be in mortal danger?

What listeners say about Eyeshot