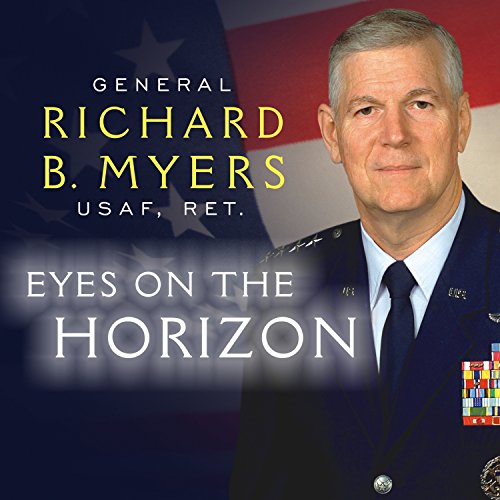 Eyes on the Horizon

Eyes on the Horizon

General Richard B. Myers has unique insight into how the American national-security system works. In Eyes on the Horizon, he recounts his military career and outlines a bold blueprint for a strategic overhaul of our security system, including the military, so that the nation is adequately protected and prepared to fight in this era of what he calls the "Grand Insurgency".

As the principle military adviser to the then president and others during the critical planning stages and execution of the invasion of Iraq, General Myers possesses a unique insider's view. Eyes on the Horizon contains major revelations regarding the planning, execution, and reconstruction phases of that war---addressing such controversial issues as adequate troop numbers and the suspension of the Geneva Convention---and exposes the mistakes made by the White House, the Pentagon, and the intelligence community.

In the tradition of John Bolton's Surrender Is Not an Option, Eyes on the Horizon provides fascinating and informative insights into this unprecedented time in our nation's - and the world's - history.