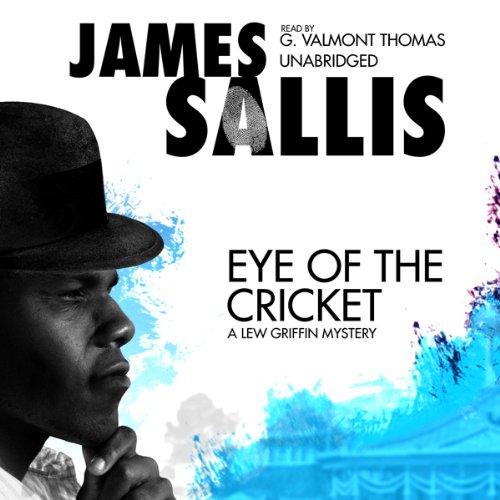 Eye of the Cricket

By: James Sallis
Narrated by: G. Valmont Thomas
Try for $0.00

Lew Griffin is a survivor, a black man in New Orleans, a detective, a teacher, a writer. Having spent years finding others, he has lost his son - and himself - in the process. Now, a derelict has appeared in a New Orleans hospital claiming to be Lewis Griffin and displaying a copy of one of Lew's novels. It is the beginning of a quest that will take Griffin into his own past while he tries to deal in the present with a search for three missing young men.

Somewhere in the underbelly of the Crescent City, there are answers and more questions; there are threats and the promise of salvation; and there is a dangerous descent into the alcoholic haze that marked Griffin's younger days, as well as the possibility of rising from it redeemed.

What listeners say about Eye of the Cricket