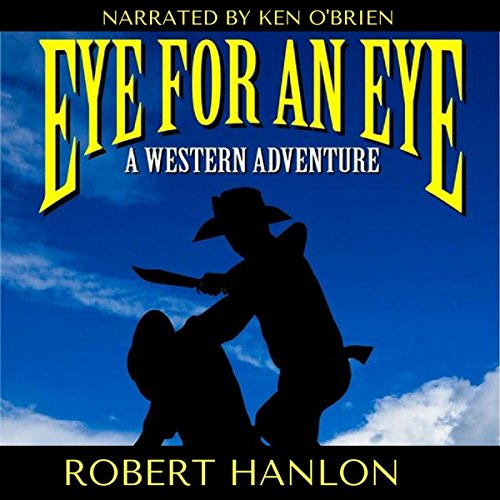 Eye for an Eye: A Western Adventure

The latest Western from Robert Hanlon, the author who takes a hard line on crime and punishment! This is his most exciting adventure yet....

The plan was for brothers Travis and Hale to move west and start a ranch. It was a good plan, and the two brothers had made a good choice of land on which to build their future. But the future turned to mud before Travis’ eyes when the very first night his family arrived, they were attacked by two just-released convicts, who killed Travis’ wife and young son while leaving him for dead on the trail.

Travis, summoning all of his physical and inner strength, manages to give chase to the convicts and avenge the murder of his family. However, Travis was unaware one of the men was the brother of the territory's most ruthless land baron, Colonel Rouse, who refused to accept his brother was a murderer. Travis and Hale ended up as wanted men.

The odds are stacked against them, but they prove to be tougher than they look and just as ruthless as the man sworn to take their lives. It’s a battle of biblical proportions. It’s straight out of the Old Testament - a tooth for a tooth and an eye for an eye!

What listeners say about Eye for an Eye: A Western Adventure