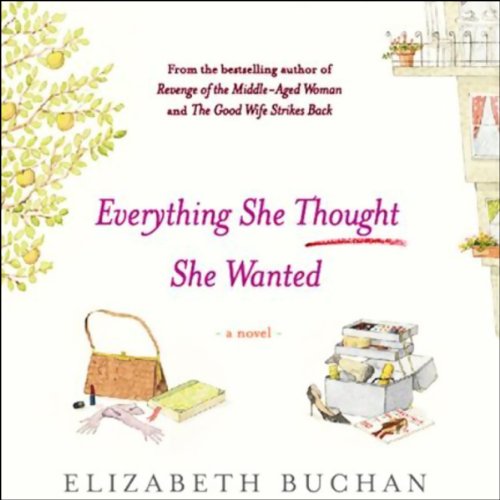 Everything She Thought She Wanted

Everything She Thought She Wanted

No one has captured the complexities of marriage at middle age better than Elizabeth Buchan. Now she is back with another irresistibly entertaining and thoughtful tale of two women at the crossroads of love, of freedom, who wonder: Where does happiness lie?

It is the summer of 1959 when 42-year-old Barbara Beeching, a married mother of two grown-up children, meets Alexander Liberty. Adored by her family and admired by her friends, Barbara never imagined that an unexpected, tender, and surprisingly passionate affair with a much younger man was on the horizon. Will she allow it to destroy the only life she's ever known?

Forty years later, 35-year-old Siena Grant is at a very different crossroads. Immersed in her challenging career as a television fashion consultant, Siena does not believe that happiness requires having children. But her husband, Charlie, disagrees. Can Siena give Charlie the family life he craves without sacrificing her ambition or well-ordered life? Or will children give her a kind of joy she's never experienced before?

Decades separate Barbara and Siena, years in which the lives of women and the battle of the sexes have changed substantially. Or have they?

Although the writing was okay, the story line was lacking I thought, and disapointing.