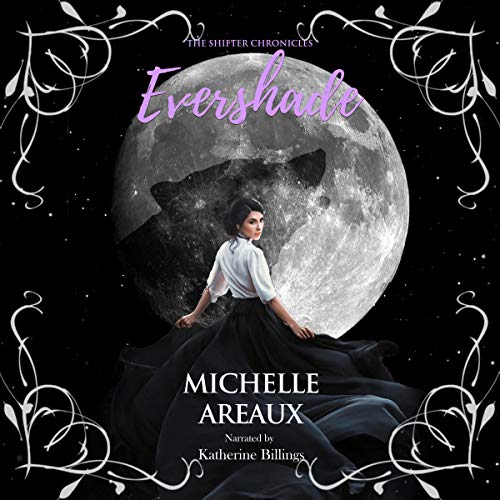 By: Michelle Areaux
Narrated by: Katherine Billings
Try for $0.00

Sixteen-year-old Elle thinks she's got life in Shady Oaks all under control. She hangs out with her gorgeous best friend, Maddox, and enjoys the simple small-town life that Shady Oaks brings. However, after being forced to spend her summer vacation hidden away from her family and friends, she returns home to find herself deep in the middle of a secret that has plagued her family for centuries.

Everything is spiraling out of control for Elle, and then a mysterious new boy, Asher, comes to town. Elle can't explain it, but she can't deny the connection she feels to him. Finding herself immersed in a whirlwind relationship with Asher, her friendship with Maddox begins to crumble just as she is nearly attacked by a large wolf. Before she knows it, Elle's life is spiraling out of control: Maddox is in love with her, she and Asher are in danger...and she learns she's a shifter!

If that wasn't bad enough, she finds herself in the middle of an ages-old war between shifters and hunters. Because Elle is no ordinary girl, she soon discovers her powers just in time to battle a terrifying enemy set out to destroy shifters and everything supernatural.

Enjoy this first audiobook in a fantastic wolf-shifter adventure series.

What listeners say about Evershade

This has the bones of a great fantasy romance novel like Twilight, but it felt awkward and rushed. There was one scene (chapter) that was clearly out of order and there were some details that didn’t add up. The biggest problem in the story was that hunters were out to get the werewolf’s (and other supernatural creatures). But this problem wasn’t really introduced until late in the book and then very quickly got worse and then resolved. It just didn’t work.

As far as the love story went...well I guess it could get better in book two but I didn’t like how Elle’s best friend was clearly in love with her but this was never stated or resolved even at the end. There could have been a nice climax there. In addition, there weren’t enough special scenes of Elle and her boyfriend to make the reader root for them over her best friend. I couldn’t tell what the author was trying to do because I was hoping that Elle would end up with her best friend instead and I wondered if I’m supposed to want that but then nothing happened...