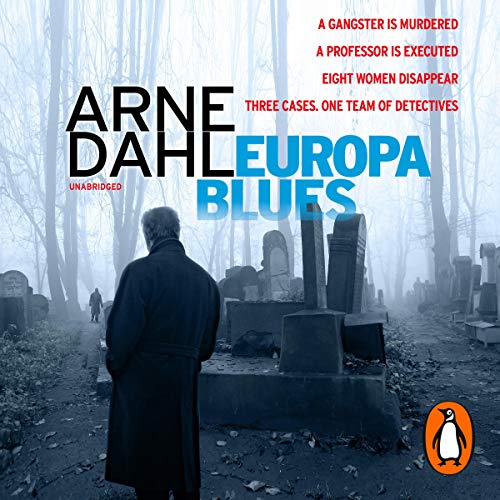 A Greek gangster arrives in Stockholm only to be murdered in a macabre fashion at Skansen zoo, his body consumed by animals.

As the Intercrime Unit - a team dedicated to solving international violent crime - investigate what brought him to Sweden, eight Eastern European women vanish from a refugee centre outside the city while an elderly professor, the tattooed numbers on his arm hinting at his terrible past, is executed at the Jewish cemetery.

Three cases, one team of detectives and an investigation that will take them across Europe and back through history as they desperately search for answers - and the identities of the killers.

What listeners say about Europa Blues

Excellent and twisted story but

The narration is an issue as a result I interup the listening. The tone and the rhythm intefer negatively with the overall understanding of an otherwise excellent thriller.