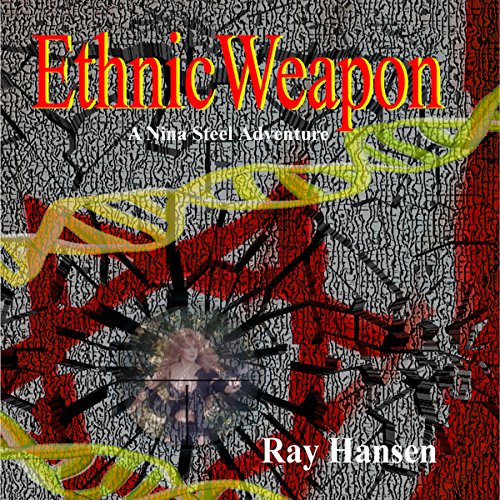 Israel is decimated by a civil war and lies in runes as a billowing, black column of smoke rises from a forest clearing. A three-story building, built under the tightest security ever known, is burning out of control. A GMC Suburban, containing one pregnant genetic designer and four genetically engineered children, races recklessly away from the burning structure.

Twenty years later a vengeful genetic designer and five genetically engineered super humans join together to find the truth behind Israel's destruction. These super-humans, three women and two men, were genetically created to possess superior minds, enormous strength, and lightning speed. Arrayed against them is a FBI double agent, a vicious international assassin, and the Mossad, who will stop at nothing to destroy the world with a viral Ethnic Weapon. Will the deadly man-made virus infect the "Five" once they enter the new and bizarre jungle of Israel? Can they discover their genetic designer's secret agenda in time to stop it?or will they even want to?

In this first installment of the Nina Steel Adventure series, Ray Hansen takes you on a wild and exciting ride with these five genetically engineered super humans. Travel with the "Five" from their early childhood at the top-secret genetic engineering facility hidden away in the forest of Maine to their strange reunion as adults in Chicago and on to Israel to meet their destiny.

About the Players - This audio book was performed in audio drama format by four very talented actors, all well known on the Chicago stage for over 20 years, Mark Ulrich, Matt Penn, Cathy Nash and Mary Peterson. There were many challenges during production, not least of which was coming up with unique voices for the five primary characters, eight secondary characters and the twenty-five minor characters. It was truly amazing watching these actors, from the control room, shifting from one voice to another without missing a beat. Needing little direction they rendered the five hundred plus page script in just two weeks. Now sit back and enjoy Ethnic Weapon.

What did you love best about Ethnic Weapon?

The non-stop action and NOT politically correct at all. Wow!!! However, if you're thin skinned you may not like it.

Mr. Hansen takes on topics that no one else would dream of touching. He pushes the limits of warfare, language and sex play to the limit. Seeing this was produced in 1994, Mr. Hansen was the first to predict an attack on an American skyscraper with a jumbo jet. Mr. Hansen was way ahead of his time and envisioned the war on terror of today correctly. I also love the use of multiple actors. It made the audio play in your mind like a movie.

This is the first Audio book that I have listened to that had multiple actors, two male and two female. Because of this it did take a little getting use to, but it was fantastic from beginning to end. Having the actors doing the 40 some different voices and accents was great. My favorite character was Pan Randals, a real Black Widow when it comes to taking down terrorists (preformed by Mary Peterson.) But I'd have to say John Webber (preformed by Mark Ulrich) came in a close second.

Sometimes shock, sometimes laughter, but always heart pounding excitement. I loved the banter between John and Mark. Best of friends on the inside but mortal enemies on the outside. Made me laugh until my sides hurt. Pam, the sex starved, terrorist hunter certainly has a way with words that might make a sailor blush. Finally, Nina and Romana the two who hold the team of terrorist bounty hunters together.

I would say this book has a 16+ age range, as the writing is very descriptive and the scenes of warfare, language and sex-play may not be for younger listeners. Having said this I truly love this book and I have recommended it to all of my friends. I know I’ll listen to it many more times. Mr. Hansen knows just what the true action lover wants and gives it to you in this first of three novel series. Genetically engineered Nina Steel and her four counterparts John, Mark, Pam and Romana all but jump out of the speakers at you in their bid to save the world from terrorism. The action in this series is so breathtaking, you'll have to remind yourself to exhale. Nina Steel kicks butt like no one else ever could. She's the worst nightmare of any terrorist or drug dealer, no matter where they may be lurking. I purchased the other two books on Kindle (they are not in audio format yet, but can be had in paperback) and they just get better and better.

Terrible but not the worst book out there

What would have made Ethnic Weapon better?

What could Ray Hansen have done to make this a more enjoyable book for you?

I have already returned 2 other books that were worse than this, but I did listen to this one all the way though so felt it would be unfare to ask for another credit.

Audible is great in suport and for mostly good material, unforuntley with both made an error on this one :-)