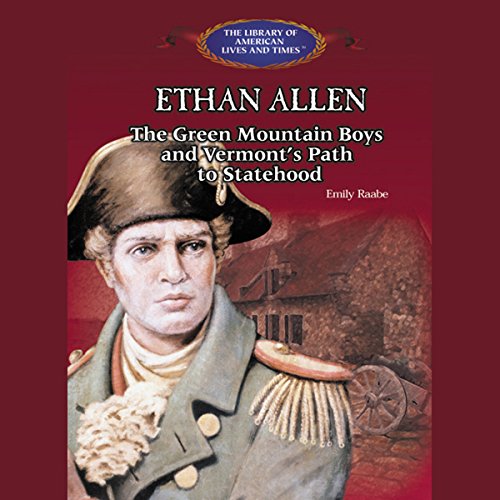 The controversial founder of Vermont, Ethan Allan's story unfolds on the backdrop of 18th-century life in the New England frontier. In intercolonial disputes over land grants, Allen took a firm stance against the powerful colony of New York. Later he led the Green Mountain Boys in the capture of Fort Ticonderoga and Crown Point. A hero to some, a traitor to others, Allen's story resonates with the military and political obstacles encountered by a colony and a nation fighting for freedom.
©2002 The Rosen Publishing Group, Inc. (P)2008 Audible, Inc.

What made the experience of listening to Ethan Allen the most enjoyable?

Trying to find a book, particularly an audio book, on Ethan Allen is no easy task. This book is a good start. The book is geared more towards a young adult or school-aged children. I still enjoyed it.