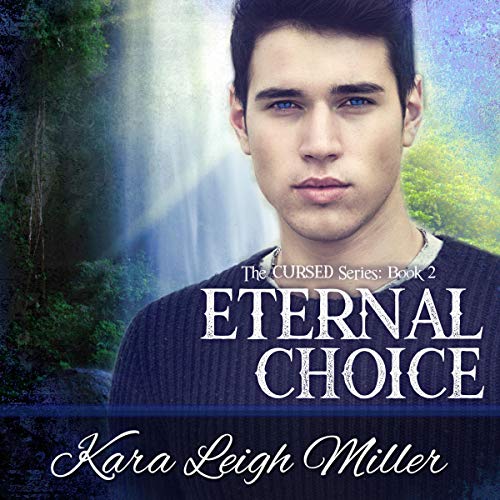 By: Kara Leigh Miller
Narrated by: Andy Garcia-Ruse
Try for $0.00

Forced to move to California with her father, the same man who abandoned her 10 years ago, Chloe is once again starting over. Only this time, she has a perky new stepmom and an annoying baby brother. To make matters worse, the sea of snobby rich kids at her new prep school pretend she's invisible. As if all that wasn’t bad enough, she has this gnawing sensation that she’s forgetting something important.

And then Trent Halstead crashes back into her life, bringing with him everything she's forgotten and the devastating news that there’s a coven of witches after her, and no one knows why - until Chloe discovers the answer in a box of old family photos. Now, she's keeping a secret that could save Trent's life. There’s just one problem: his salvation will come at a cost. Her destruction. And that’s a price she’s not sure she’s willing to pay.

**Eternal Choice is the exciting sequel to Eternal Curse.**

What listeners say about Eternal Choice