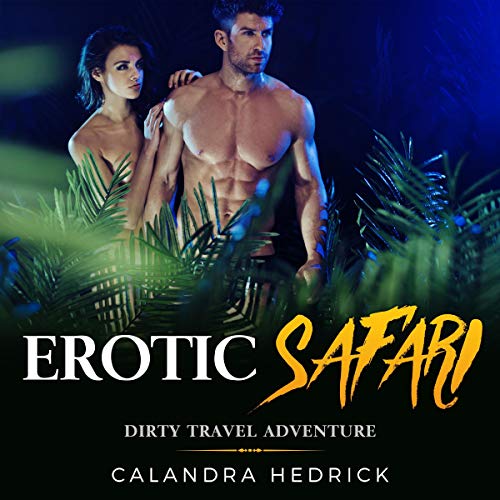 By: Calandra Hedrick
Narrated by: Tammie Reed-Jones
Free with a 30-day trial

Jimena was Caitlyn's best friend. Together, the pair dazzled in any company and were always laughing and the center of attention. Caitlyn knew that were she to go with Jimena, they would have an excellent girly time, and she knew exactly what to expect because they'd known each other for so long. But was that what she wanted? Or was she seeking some passion in the wild? And if so, should she be going with the familiar or something new?

She had been dating Corbin for a few months now. Although her parents didn't openly approve of her choice in boyfriend, her mother could see the appeal to her daughter. The roar of his motorcycle normally announced him before he slunk up to the door like a panther to collect Caitlyn. His hair was sleek and black, and his body sinewy, encased in smooth, black leather. It didn't need too much imagination to perceive what he would look like without it.

As things turned out, neither Jimena her best friend nor Corbin her boyfriend was free to go with Caitlyn who, at first, was terribly disappointed but then decided going alone might not be so bad. Maybe she would be able to satisfy her wildest fantasies without them around.

Caitlyn had always lived a pretty sheltered life. An only child of enormously wealthy parents, she had boundless affection lavished upon her. She was spoiled from day one, and whatever she asked for, she got. Her parents had different thoughts, though, when Caitlyn told them of her plans. Mortified that she should even consider going to an African country alone, they said that they would never rest unless she would at least agree to have someone to look out for her. Of course, they would find that person and pay them. They interviewed and shortlisted three suitable bodyguards for Caitlyn to make her choice.

It seemed that the best had been saved until last, when Jax entered the room and the air seemed to instantly fill with expectation from both of them. Jax took in Caitlyn's luminous hair and her sparkling green eyes. He noticed that she didn't seem to be in favor of the starvation appearance as so many other girls were.

Good book, but it could use some pics. Very descriptive and non-pornographic. Make it a couples read with your spouse!

Really a nice Audiobook. This was my first book of really good erotica. Highly recommend.

Fantastic idea to listen to each other... maybe act stuff out... highly recommend it to all...

Great night time book to listen, it's helped alot in having my wife read while we lay in bed and gets her in the mood. Sexy life has gotten way better....

Well written and good character building. Looking forward to listen the rest of the series.

A different take on erotica.

A different take on erotica. Nicely written and not nasty as some is.I like this.

A very sexy and enjoyable listen.

A very sexy and enjoyable listen.Focusing on what goes on behind closed doors. Between more then your husband and your marriage bed.

This book and the short stories

This book and the short stories stretches the imagination.Makes you sort of participate in the fantasies it was fun to read

It was good to listen

It was good to listen just to short needs more stories. Has some good roll plays fun to read, I enjoyed it .

Wow Book. This book story is really nice. I expected that this book is really interesting and really it is.

I will be listening this over and over.

I will be listening this over and over. It was trilling and written very well to keep your attention. A good read that I will never forget.

WOW What a book. This book story is really well.I listen it and feel nice. Recommend.