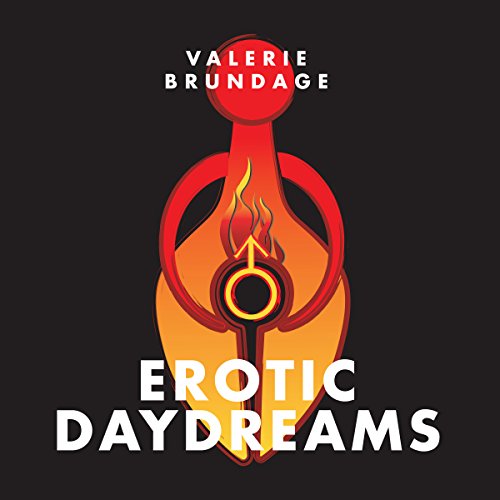 By: Valerie Brundage
Narrated by: Jazmin Kensington
Free with a 30-day trial

The narration on this is perfect for these! :)

This collection of daydreams is HOT, yes I said it HOT. You might even need some ice to cool you down. ;)

What are you waiting for let the daydreams begin!

Though this book had many short stories that were not to my personal tastes, they were written well and still entertaining enough the keep my attention. Each story was original and detailed enough to make them hot. The narrorator did a good job reading and had good voice infliction, however, I personally didn't think her particular sound suited the stories, but it wasn't so much that it was off-putting. I do have to say that the audio sounded a little like she was in a tin can. This could have been due to her surroundings, but again, it didn't bother me so much that I couldn't finish the book.

I received this audiobook free with the request for an honest review.

I'm sorry to say it was really awful. Not sexy at all.

I won this in this year's anniversary celebration in a group on GR. This was a hot book to listen to. This was my first time reading or listening to this author and while the book was light on plot it made up for it in heat.

This was the first time I've listened to a book like this. All I can say is, be prepared, it will definitely get your blood flowing. And makes for very interesting shopping trips & car rides. Definitely recommend. If you think you can handle it lol

This group of short fedish stories wasn't for me, I struggled not to turn the audiobook off.

The main problem for me was the narrator, from the start she appeared that she had a lisp which made her voice not clear to easily listen. Further into the book the lisp didn't seem as pronounced but this could have been me getting use to the voice.

The content covered several different fedishes several did not appear to myself.

Overall I did not enjoy the narration or a lot of the content.

Copy of book was exchanged for honest review.

This short story collection covers several fetishes with a variety of couplings. There’s several menage a trois, pregnancy breast milk, playing with ice, exhibitionism, etc. The main focus for all the stories seems to be on the tease rather than the consummation.

First, I love the book cover. This is my second book from Wordwooze that I have reviewed and I really do like their book covers. Such a nice sexy departure from the typical erotica book cover art.

I believe there are 8 short stories in this collection, if I counted correctly. The author does a really good job with the tease for these stories. There’s a lot of build up to the main action, the actual intercourse. However, while the tease is great, the author always veered away from the coupling completely or it was a short lived act. I found this frustrating. Yes. That kind of frustrating.

Some of the fetishes just weren’t for me. For instance, playing with breast milk just doesn’t do it for me so I was tempted to fast forward through that one. However, with that said most of the stories held some interest for me. There was nothing new or revealing in this collection. Still, it is a solid tease for something more in depth from the author.

I received a copy of this audiobook at no cost via the publisher in exchange for an honest review.

Narration: It took me a while to get use to Jazmin Kensington as the narrator. She comes off as young and perhaps naive at the beginning of the book, and the book opens with an experienced couple having some mildly rough play. So, her voice didn’t match up with the tone of the story. But later, she seems to be more comfortable with it and even allows a little purr to enter voice from time to time. Her character voices are distinct and she never hesitated over the naughty words.

The Dream Ain't Always the Same...!

The distinct attention to detail in describing every character and action in each dream.

Pamela Boyshorts - perhaps one of the most complex, not willing to reveal all, reticent, unconvinced, reluctant, unsure, but open.

Which character – as performed by Jazmin Kensington – was your favourite?

Again, Pamela Boyshorts - Jazmin had a distinct and certain style that grasped the character and her inner dilemma.

I liked the dream of the pregnant woman who received understanding from her maid but not her husband.