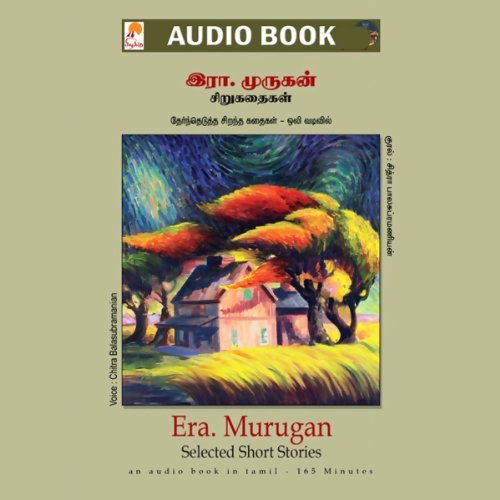 By: Era Murukan
Narrated by: Chitra Balasubramanian
Try for $0.00

An audiobook in the Tamil language.

Era Murukan (Murugan Ramasami), a senior official with an IT firm, is a noted novelist,short story writer, poet, columnist, translator from Malayalam and a writer on information technology in Tamil. He has received several awards including the prestigious Katha and Ilakkiya Chintanai for literature.

Of him, P A Krishnan says, "A fine writer creates an individualistic world which is definitely smaller and more simplified than the real world. But occasionally there appears a great writer who succeeds in creating an imaginary world that has all the dimensions, the reach, the encompassing embrace, of the real world. And then, it reaches further and surpasses reality. Harry Levine said this of Shakespeare. You will be able to decide which category Era Murukan falls into when you have finished reading this novel."

Short stories in this collection: