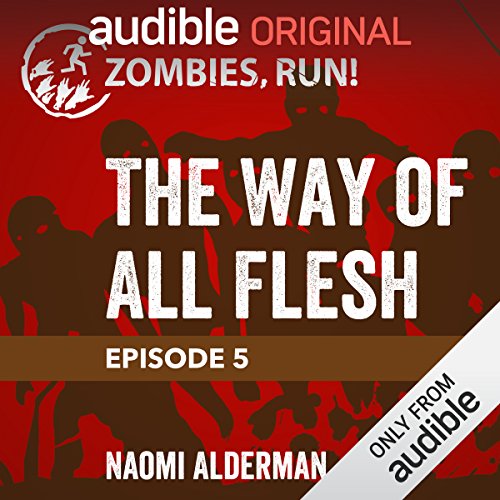 In this episode: There's been a second murder, and everyone left alive in the house is under suspicion. What was the meaning of the victim's final words, which were caught on tape? And why has one member of the group disappeared? The truth lies buried in the past; but in the zombie apocalypse, what's dead will never stay underground for long.

It's barely a few months since the shambling dead began to rise. Now nine people are trapped in an English country house together by the zombie horde outside. There's a journalist, a student, a professor, a surgeon, a housekeeper, a math teacher, a bank clerk, a taciturn Scotswoman, and a celebrity actor. They're strangers to each other. There'd be no reason for any of them to harm the others. And yet...before their first night in the house is done, one of them will be dead, and it will be clear to the others that among their number is a murderer.

Set in the universe of the worldwide best-selling app Zombies, Run! this is a murder mystery like no other. Why would anyone still want to kill a fellow human even after the zombie apocalypse? And having started, how can they be stopped? The desire for vengeance, after all, is the way of all flesh.