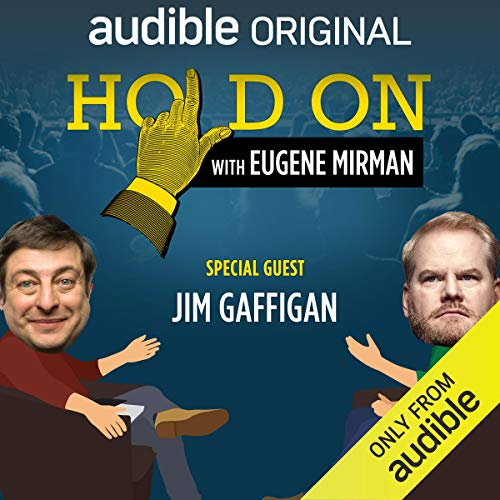 Ep. 5: Jim Gaffigan Opens for The Pope (Hold On with Eugene Mirman)

Ep. 5: Jim Gaffigan Opens for The Pope (Hold On with Eugene Mirman)

Jim Gaffigan is a very successful comedian and that means he gets to perform in interesting places for interesting people. On this extra special episode of Hold On, host Eugene Mirman brings Jim into the studio to tell a live story on the spot. The story in question? The time Jim did stand-up comedy as an opening act for Pope Francis in Philadelphia, at an event attended by hundreds of thousands of people. Eugene inquisitively pauses Jim's tale in real time to find out how he landed the big gig, what it was like meeting the Pope, and why a joke about Santa Claus garnered such a strong reaction.