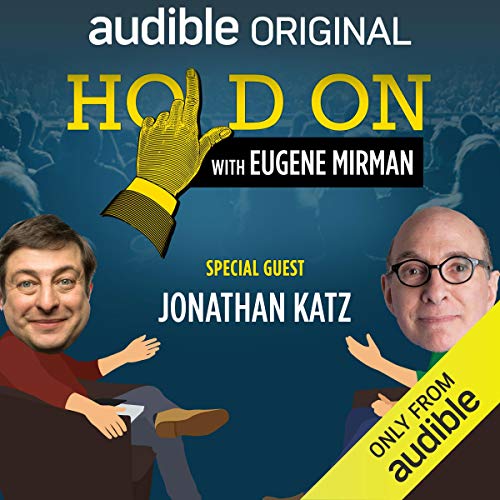 [Contains explicit content] Jonathan Katz is a comedian's comedian who has earned the right to reminisce about life on the road — but none shall be spared the inquisitive storytelling musings of Eugene Mirman! Not even the esteemed comic and former cartoon psychiatrist can tell his story at the Boston Comedy Festival without invoking the devastatingly keen observations and lacerating questions called forth in every hilarious episode of Hold On with Eugene Mirman. Behold, this live recording of Jonathan's numerous amusing tales from a lifetime of performing and the omitted details Eugene pulls from them!