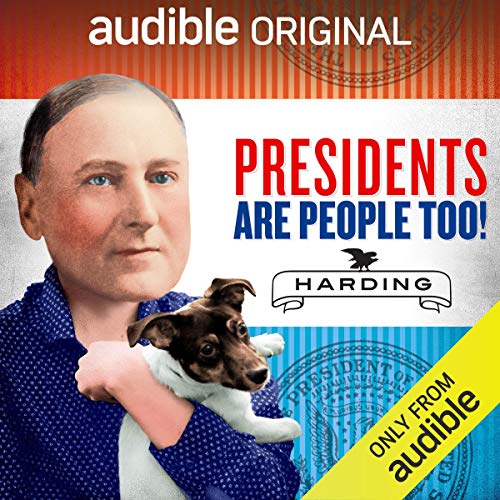 Alexis and Elliott take a closer look at the man many consider to be one of the country's worst presidents, #29 — Warren G. Harding. They talk with The New Yorker writer Jane Mayer, former Nixon counsel John Dean, and enlist the help of comedian Paula Poundstone, Radiolab's Robert Krulwich, and others, to bring Harding's raunchiest scandal to life.

What listeners say about Ep. 2: Warren G. Harding (Presidents Are People Too)

Not funny. Sounds like slapstick music. Begins with "Welcome fellow Americans and any other Nationalities who may have ended up here by accident."

This is beneath contempt. Nothing we know about Harding and his issues with sex remotely compares to Bill Clinton who is almost certainly a raper and is absolutely a predator and abuser of women. We have Harding the least racist president in history directly following Wilson the most racist president. Wilson good guy Harding bad guy WOW.