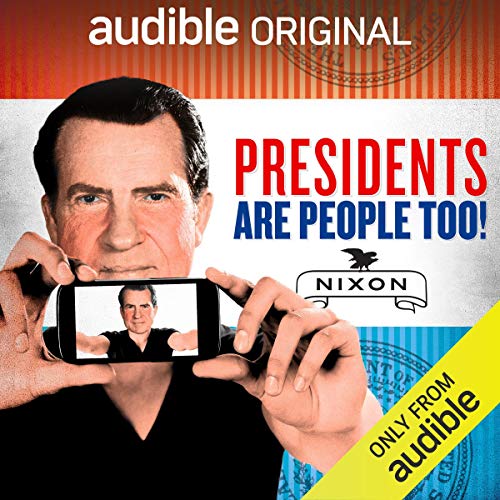 Alexis and Elliott peek at the man behind the scary Richard Nixon Halloween mask: Richard Nixon. Alexis takes a trip to southern California to visit young Dick’s alma mater, and the hotel where he and Pat Nixon were married. We get a refresher on the Watergate scandal from Quinn and Dev, hosts of the Reductress podcast “Mouth Time.” Elliott and Alexis examine Nixon’s environmental policies, and Cecil Baldwin, narrator of “Welcome to Night Vale" gives us a glimpse into the mind of Tricky Dick during his twilight years.

A story written and narrated by children who have no real understanding of all that President Nixon accomplished. Sure, he had flaws just as every single president has but virtually the whole story focused on them. And any positive description of him was given by the authors in a cynical way. I’m glad I didn’t pay for this POS story. Even the name is misleading. This had very little to do with him as a person and focused heavily on how the media portrayed him.