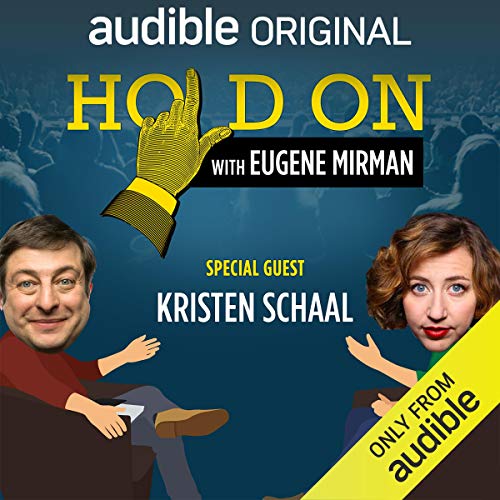 By: Eugene Mirman,Kristen Schaal
Free with a 30-day trial

[Contains explicit content] Cartoon siblings reunite on this episode of Hold On as Kristen Schaal (Bob's Burgers, The Last Man on Earth) joins Eugene Mirman in the studio to tell a story of a Sideways-themed winery tour. It's all vintages and pairing recommendations until things take a hard turn. Hear her story and the questions it raises for our curious host, who refuses to put a cork in it and leave a story unexamined.