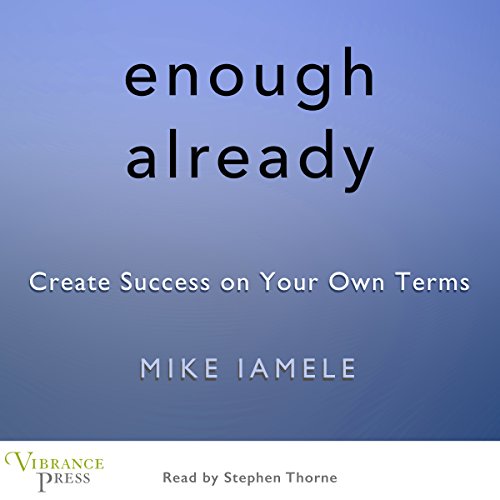 Create Success on Your Own Terms
By: Mike Iamele
Narrated by: Stephen Thorne
Length: 4 hrs and 2 mins
Categories: Self Development, Motivation & Inspiration
5 out of 5 stars 5.0 (4 ratings)

In a world where success means owning a company before your 30th birthday, Mike Iamele seemed to have it all. By the age of 24, he was already making piles of money at his own public relations firm. And it was killing him. Literally. When a stress-induced illness brought him to his knees, he began to question everything he believed about success. And everywhere he turned, he met other young entrepreneurs who were praying to the temples of money, status, and power - and making themselves stressed and sick. Mike decided he'd had enough. He was ready to find success on his own terms.

Mike Iamele now has a thriving practice as a wellness coach, and in this book he'll help you figure out what a successful life looks like for you - and how to get it. Through a process not unlike the classic hero's journey, Mike will show you how to create the success of your dreams - whether it's your first million by 22 or just a happy life.