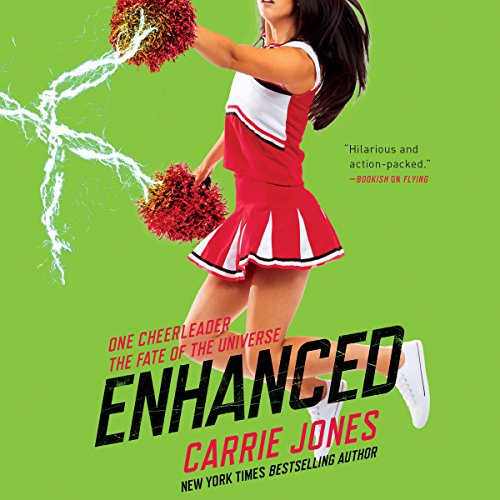 The adventures of cheerleader-turned-alien-hunter Mana continue in this sequel to Flying by the New York Times bestselling author of Need, Carrie Jones.

Seventeen-year-old Mana has found and rescued her mother, but her work isn't done yet. Her mother may be out of alien hands, but she's in a coma, unable to tell anyone what she knows.

Mana is ready to take action. The only problem? Nobody will let her. Lyle, her best friend and almost-boyfriend (for a minute there, anyway), seems to want nothing to do with hunting aliens, despite his love of Doctor Who. Bestie Seppie is so desperate to stay out of it, she's actually leaving town. And her mom's hot but arrogant alien-hunting partner, China, is ignoring Mana's texts, cutting her out of the mission entirely.

They all know the alien threat won't stay quiet for long. It's up to Mana to fight her way back in.

What listeners say about Enhanced