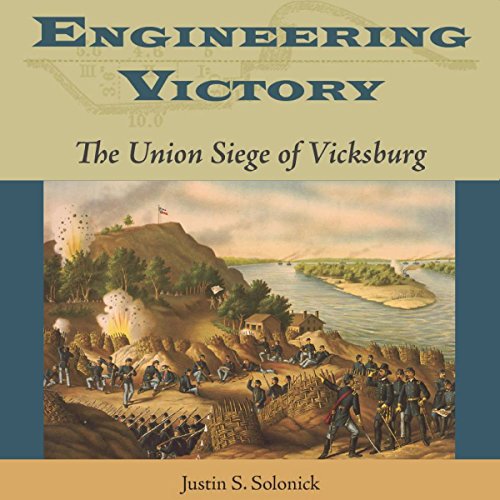 On May 25, 1863, after driving the Confederate army into defensive lines surrounding Vicksburg, Mississippi, Union major general Ulysses S. Grant and his Army of the Tennessee laid siege to the fortress city. With no reinforcements and dwindling supplies, the Army of Vicksburg finally surrendered on July 4, yielding command of the Mississippi River to Union forces and effectively severing the Confederacy.

In this illuminating volume, Justin S. Solonick offers the first detailed study of how Grant's midwesterners serving in the Army of the Tennessee engineered the siege of Vicksburg, placing the event within the broader context of US and European military history and 19th-century applied science in trench warfare and field fortifications. In doing so, he shatters the Lost Cause myth that Vicksburg's Confederate garrison surrendered due to lack of provisions. Instead of being starved out, Solonick explains, the Confederates were dug out.

"A truly original study that offers unprecedented insight into the mechanics of the Vicksburg siege from the Union perspective...richly deserving of a place of high honor in the Vicksburg Campaign literature canon." ( Civil War Books and Authors)
"Must reading not only for western theater enthusiasts but also for those who wish to grasp how the war evolved." (Larry J. Daniel, author of Days of Glory: The Army of the Cumberland, 1861-1865)
"A truly significant contribution to our understanding of the Vicksburg campaign...an essentially important work that will enhance the most complete colelction of Vicksburg titles. (Terrence J Winschel, author of Triumph & Defeat: The Vicksburg Campaign)