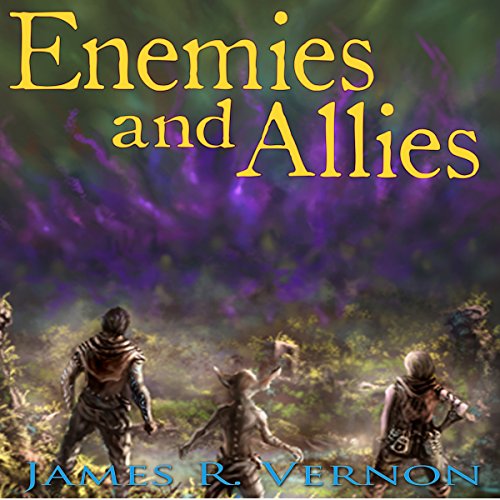 By: James R. Vernon
Narrated by: William Turbett
Try for $0.00

Ean Sangrave never thought he would have any of those things, but what a difference a year makes. Now, he's practically king of the abandoned mine on the edge of Rottwealth, surrounded by loyal creatures from the Abyss who live to carry out his every whim. Then there are his closest friends, Zin and Azalea, his only friends, always ready and willing to bring him back to reality. They want what is best for Ean but don't trust in his ability to plan for the future. Their constant bickering over what they think is best has another thorn in Ean's side.

After a failed attempt to ease the tensions between the citizens of Rottwealth and Ean's new command of the mine, a visitor arrives with an interesting message from an unexpected source. The knowledge Ean seeks about the origins of his powers lies in the Deadlands, a place that has already taken Ean's life once before. Should he risk all that he has worked for, to journey through mysterious lands where only fools dare to tread, in search of answers he might not want to know?

What listeners say about Enemies and Allies

the Author and the narrator seem to be improving.

I will probably buy the next one. I still think the series was written for middle to high school readers.

this is a great book. if you liked the first two books you'll like this one. i highly recommend this book.

Great book cant wait for part 2 in the story. i loved the characters and storyline.