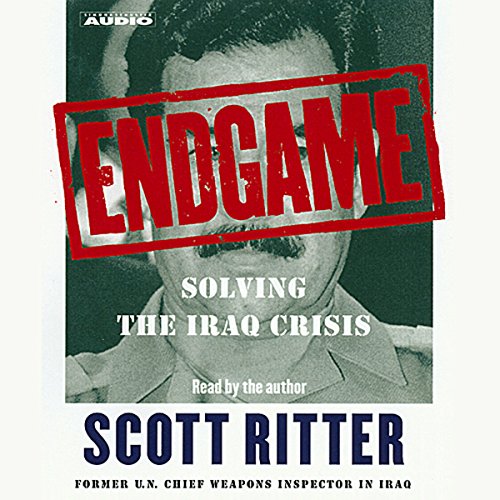 By: Scott Ritter
Free with a 30-day trial

The resignation of Scott Ritter as chief weapons inspector for UNSCOM in August 1998 made front-page news around the world. Now Scott Ritter draws on his seven years' experience hunting Saddam's weapons of mass destruction to take readers inside Iraq and show that country as it has never been seen by outsiders before. In Endgame, he dissects the failure of U.S. policy in Iraq and reveals a bold new approach to ending the ongoing Iraq crisis.

In Endgame, Ritter describes Saddam Hussein's rise to power, painting a damning portrait of a dictator who ruthlessly eliminated rivals as he fought his way to the top. When the U.N. Security Council authorized inspections of Iraq's chemical, biological, and nuclear weapons facilities following the conclusion of the Gulf War, Saddam put in place a concealment program designed to preserve his weapons capabilities. It was this concealment mechanism that UNSCOM spent seven years trying to penetrate in its search for Iraq's weapons of mass destruction. Ritter takes us with him inside some of Iraq's most carefully guarded sites as he describes what it was like to conduct these inspections.=

What listeners say about Endgame