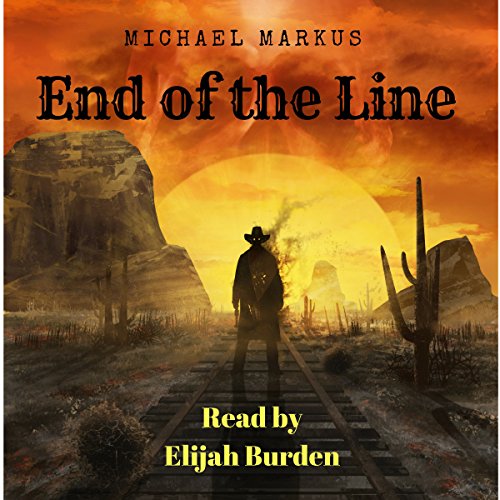 End of the Line

End of the Line

The gunman simply known as McKibbon, a legend in the mob wars of the early twentieth century has slipped into an uncomfortable retirement in unlikely Pittsburgh. But it is 1936 and America and in the midst of the depression the East's best young men have moved away seeking work so an old adversary, Pittsburgh mobster Edgar McFaul, has a job for him.

A lowly errand runner has stolen some money and fled to the West, the region where Mckibbon's violent career had started many decades before. A career that has bridged from the banditry of the old West to the violent mob wars of the Jazz age. McKibbon unpacks his pearl handled revolvers once more and leaves the East heading West to the land of his youth.

He corners his quarry in an almost deserted Nevada town where the construction of the Tri State Railroad line had faltered many years before. McKibbon is shocked to discover that the fugitive, Paul, has dragged his young son, Ryan, along in his misadventures.

Holed up in the towns only Hotel, the fugitives have tried to make a life of sorts for themselves among the rest of the discarded people who have made their way to Cahill, Nevada. A ruthless band of mercenaries has arrived, intent on gaining the bounty for Paul's death and for the retrieval of the stolen money. Tired and no longer confident in his abilities, Mckibbon's first instinct is to move on as he often has in the past, but some caring part inside has been triggered by the boy's plight.

This aging warrior soon finds himself preparing to face down the bounty hunters in this Western setting. The story mixing the character and style of the golden age of Westerns with modern grittiness steams to an stunning conclusion as the characters find themselves hurtling toward the end of the line.