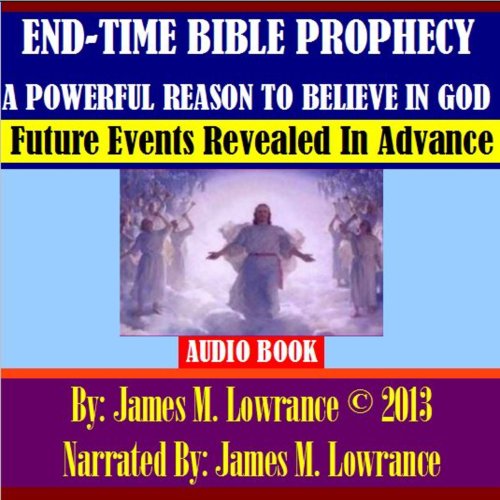 End-Time Bible Prophecy a Powerful Reason to Believe in God

Prophecy is one of the most interesting and intriguing subjects in the Holy Bible. Jesus Christ fulfilled 100s of specific and detailed prophecies at his first coming and during his ministry on earth.

The scriptures also give 100s of other detailed prophecies concerning the future second coming of Christ. The future of Christians and the future destiny of the world in-general are covered in these prophecies in amazing detail as well.

This audiobook looks at prophecies in regard to the "Rapture" and "Second Coming of Christ", the "Great Tribulation" and Christ's future rule of the governments of the world (Millennial Reign). Also included is discussion on the future re-creation of the earth and God's future city, the "New Jerusalem" joining with earth, where God and his people will dwell together for eternity.

Also included is discussion on why it makes sense to believe in God and in the Holy Bible as God's inspired word to mankind.

Jim Lowrance - the author has 20 years experience in Christian Youth Ministry and is a graduate of theological studies, Liberty University - 1996.