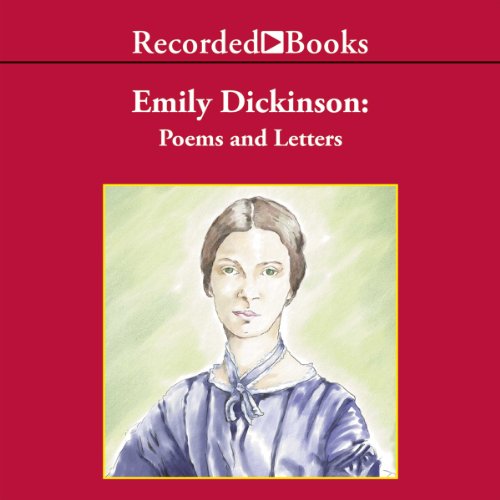 By: Emily Dickinson
Narrated by: Alexandra O'Karma
Listen free with Plus trial

Eccentric and reclusive, Emily Dickinson wrote poetry that reflects the richness of her interior world and the peculiar beauty of her inner vision. During her lifetime, her poetry was considered too unusual to be publishable, but after her death in 1885, Dickinson achieved posthumous recognition as one of the great poetic voices of the 19th century. This collection, read by Alexandra O'Karma, includes commentary and some of Dickinson's letters as well as 75 of her over 900 poems, including such favorites as "Because I Could Not Stop for Death," "'Hope' Is the Thing with Feathers," "There Is No Frigate like a Book," and "There's a Certain Slant of Light."
Public Domain (P)1989 Recorded Books

What listeners say about Emily Dickinson

O'Karma's reading is very fine, especially of the letters--and, thank God, does not simper like "The Belle of Amherst." The selection is fair-handed. However, listeners should be aware that there are many points in the commentary that have since been disproven. See especially "Lives Like Loaded Guns" and other examples of the latest Dickinson scholarship. Much of the speculation about love affairs and melodrama in Dickinson's life, carried over from biased or unreliable biographies, is based on gossip and pure fantasy. Listeners should especially distrust any denigration of Emily Dickinson's abiding friendship with Susan Dickinson.

Here we have someone who just wanted to be left to her doings. At her death all her writings were found and instead of being destroyed they were kept. It took many years yet here they all are on audio book.

These should be ready by everyone for the lessons they contain.