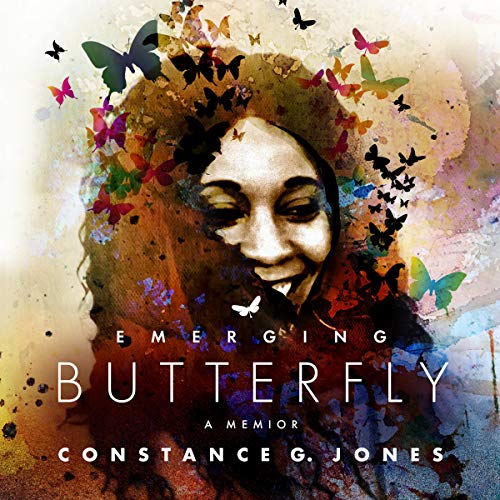 Constance Jones’s luminous debut is a harrowing journey to the limits of human endurance. Her singular story shows you that the path to love and acceptance may not present itself in the way you expect.

“Transformation is an inside job.”

Constance was always a California dreamer, though her circumstances gave her no right to be. She grew up in 1980s San Diego as the fourth of nine children. The crowded two-bedroom apartment where she spent her childhood was far from a safe cocoon that could nurture her dreams into reality. Constance began caring for her siblings while she was still a child herself, stepping in for her overwhelmed mother and her often absent, unpredictable father. It would take years of putting up with his alcoholism and abuse before she left home to escape the emotional trauma she experienced there.

Searching for love and protection became the subconscious guiding force of her adult life. It led her into the arms of a man and the claws of a religious cult, and later into a marriage that ended in heartbreak after devastating infertility struggles and endless silences. Constance ultimately discovers that she holds the power to rise above the pain of her past, and love finds her once she learns to love herself first.

For fans of More Than Enough and The Year of Yes, Constance’s heartbreaking, stunning memoir shows you a new way forward, toward forgiveness, charity, and peace, in the knowledge that your circumstances do not define you. She tells her story as a testimony to the strength we have to overcome our past and the trauma left by those who couldn’t love us as we deserved. She’s been through it all, so now she asks you: How will you shape the narrative of your life? It isn’t too late to change the plot.

What listeners say about Emerging Butterfly

This book was very touching and so encouraging. After reading this I began to think about my life and how I want to go about forgiving others. I felt truly inspired. I truly would encourage everyone to read this book!!!