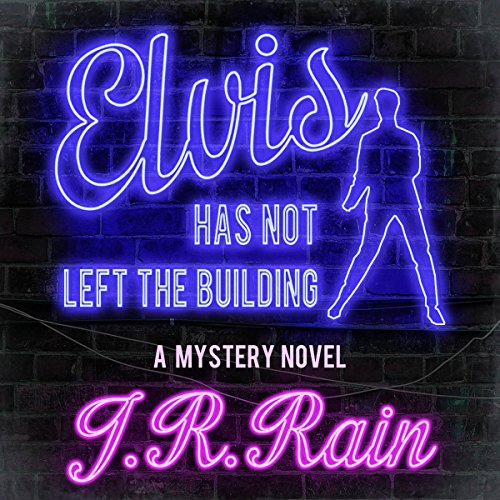 Elvis Has Not Left the Building

It's tough being the King.

Which is why in 1977 Elvis faked his own death and endured massive facial reconstruction surgery, and disappeared from the limelight to live a normal life as the unassuming Aaron King. Unfortunately, leaving fame behind also meant leaving his fortune behind, too, and now Elvis finds himself broke and living in near poverty in a small apartment in Los Angeles. Luckily for him, it turns out he's a pretty good private investigator.

Now in his seventies and contemplating a return to music (discreetly, of course), Elvis is hired to solve a baffling missing person case. The King digs deeper, and soon finds himself surrounded by the seedier elements of Los Angeles, from nefarious Hollywood producers who prey upon the young, to twin brothers with a very dark secret.

And as Elvis pieces the bizarre puzzle together, he slowly makes his singing comeback - and will be reunited on stage with someone even the King himself never dreamed possible.

What listeners say about Elvis Has Not Left the Building

It's Now or Never

I say 'now' -- go ahead and get this book! I actually bought it solely on the narrator's voice (from a short preview sample I heard) and I was really impressed by his subtle Elvis sound-a-like performance (kind of reminded me of Bruce Campbell in Bubba Ho-Tep). I loved the book at first, but then the story started to get a bit repetitive with all the trips to the therapist... felt a bit like filler. And around 3/4 through, it sounded like the author stopped 'proof-listening' and there were some sound issues. STILL... having said that, I really enjoyed this mystery. It's a lot of fun and perfect for those hours on the treadmill (after too many peanut butter and banana sandwiches!).

I loved this book. A short listen, but fun, funny and poignant. It made me miss Elvis.

What a great story full of twists and turns. Eric's performance is excellent! Well worth a listen.