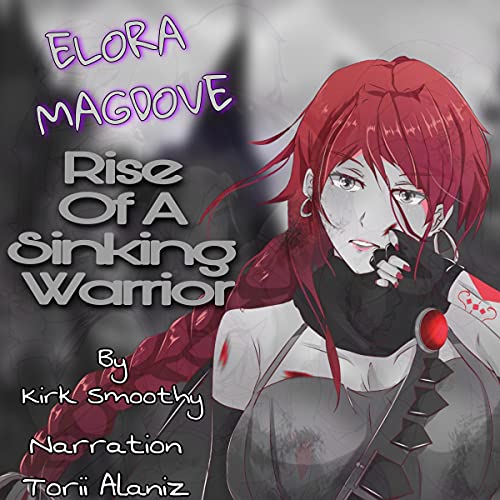 By: Kirk Smoothy
Narrated by: Torii Alaniz
Try for $0.00

Elora has been suspended from the council...but it’s only the beginning of her journey.

Elf Elora is something of a celebrity in her home city. After being tested as a child, it’s discovered that her magical ability is off the charts - it can’t even be measured.

Since working as a paranormal investigator at the royal palace and working on a cure for “half curses”, Elora has been putting her abilities to good use. Until now....

Will her suspension ruin her reputation and put the kingdom at risk? Can she regain their trust?

She now teams up with Vertha, a fellow elf she met several years prior. Life goes by as she awaits in the dark....

With chaos everywhere and nothing as it once was, will Elora find it in herself to do what needs to be done? Or will everything go to pieces?

Rise of a Sinking Warrior is a young-adult fantasy for people who love a slice of the magical world and characters finding courage and fighting for what is right. This is the first of an action-packed series.

What listeners say about Elora Magdove: Rise of a Sinking Warrior