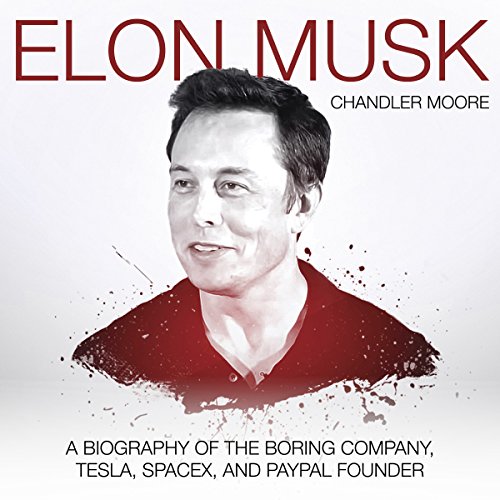 Elon Musk is a South African-born American business magnate, investor, and engineer. He is the founder, CEO, and lead designer of SpaceX; co-founder, CEO, and product architect of Tesla, Inc.; and co-founder and CEO of Neuralink. In December 2016, he was ranked 21st on the Forbes list of "The World's Most Powerful People". As of February 2018, he has a net worth of $20.8 billion and is listed by Forbes as the 53rd richest person in the world.

Born in Pretoria, South Africa, Musk taught himself computer programming at the age of 12. He moved to Canada when he was 17 to attend Queen's University. He transferred to the University of Pennsylvania two years later, where he received an economics degree from the Wharton School and a degree in physics from the College of Arts and Sciences. He began a PhD in applied physics and material sciences at Stanford University in 1995 but dropped out after two days to pursue an entrepreneurial career. He subsequently co-founded Zip2, a web software company, which was acquired by Compaq for $340 million in 1999. Musk then founded X.com, an online payment company. It merged with Confinity in 2000 and became PayPal, which was bought by eBay for $1.5 billion in October 2002.

In May 2002, Musk founded SpaceX, an aerospace manufacturer and space transport services company, of which he is CEO and lead designer. He co-founded Tesla, Inc., an electric vehicle and solar panel manufacturer, in 2003, and operates as its CEO and product architect. In 2006, he inspired the creation of SolarCity, a solar energy services company that is now a subsidiary of Tesla, and operates as its chairman. In 2015, Musk co-founded OpenAI, a nonprofit research company that aims to promote friendly artificial intelligence. In July 2016, he co-founded Neuralink, a neurotechnology company focused on developing brain - computer interfaces, and is its CEO. In December 2016, Musk founded The Boring Company, an infrastructure and tunnel-construction company.

This is what I call a "resume-style" biography. What he did and when he did it. Just enough for anyone curious about who this person is and why he's in the news.

You'll hear - he got this funding, leveraged financing for this company, then left the board on X date. Which can come across as AND THEN A MIRACLE OCCURRED if you're wondering HOW the person made something happen. There's a decent explanation of WHY based on press releases, statements and so forth. Perfect for the length of the book.

Because of length and the guy's relative youth, do not expect an in depth analysis of his personal relationships. There's a quick recap of his divorces and relationships, then total and complete business, lobbying, political and charity efforts.

This is the perfect length to decide if you want to research the person in greater depth or have enough info to be satisfied. The narrator kept the tone interesting and engaging. I was given this free review copy audiobook at my request and have voluntarily left this review.