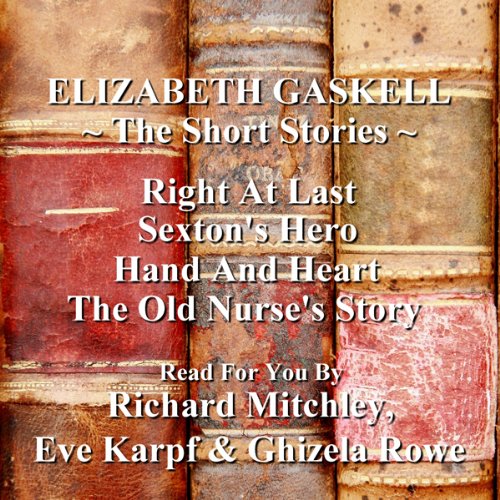 Elizabeth Gaskell is equally well known as Mrs Gaskell. When her mother died, she was three months old and she was sent to live in Knutsford, Cheshire with her Aunt Hannah, this setting would become the basis for her novel Cranford.

At 22 she married and settled in Manchester to raise her family. Friends with Charlotte Bronte she went on to write her biography and was also highly regarded by a certain Charles Dickens who published her ghost stories in his magazine.

Much of her work views the emerging industrial society of Victorian England through her own moral and religious values and has an uncanny ability to look at and report on the many strata of society.

This collection of Stories; Right At Last, Sexton’s hero & Hand And Heart are read for you by Richard Mitchley, Eve Karpf and Ghizela Rowe.

What listeners say about Elizabeth Gaskell