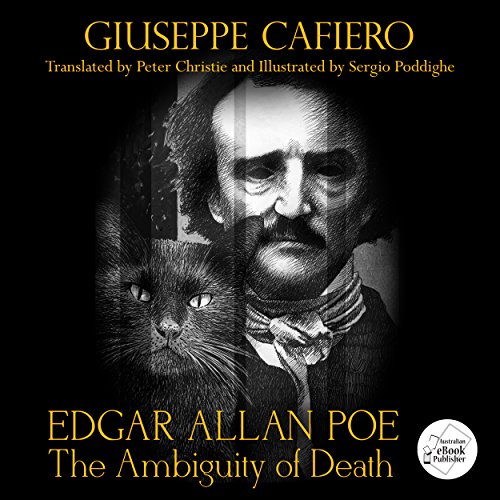 Giuseppe Cafiero presents the most intriguing biography of one of America's most enduring writers: poet, author, and critic Edgar Allan Poe. The beloved master of mystery and the macabre, Poe's life and work is explored through the creation of memories, recriminations, intense loves, and delicate devotions.

Using the form of literary nonfiction, Cafiero successfully structures this memoir in the style of a traditional fiction narrative. Introducing the listener to the character, The Reporter, whose story is a mirror in which it's possible to contemplate what is unreasonably hidden and infinitely ambiguous in the existence and in the writing of Edgar Allan Poe.

After Poe's infamous death, the reporter attempts to investigate the life and writing of Poe by attending a meeting at the Old Swan Tavern in Richmond. Invited to the interview is archrival Reverend Rufus Wilmot Griswold and one of the last to see Poe before his death, Dr. J. Evans Snodgrass. The reporter not only discovers the accusations of life filled with alcoholism, opium addiction, violence, and womanizing, but also begins to understand that this painful dark existence is not the antithesis to great writing. This is confirmed when the investigation continues with the meeting of an array of people by the reporter who divulge more information on the life of Poe and why many became the protagonists in his stories.

This surreal bio-fiction of the life of 19th-century American writer, father of detective fiction, Edgar Allan Poe, brings to life a solidly constructed psychological portrait of the writer through the characters in his works.

I could not contend with the narrator’s unnatural inflection. It hindered my understanding of the text.