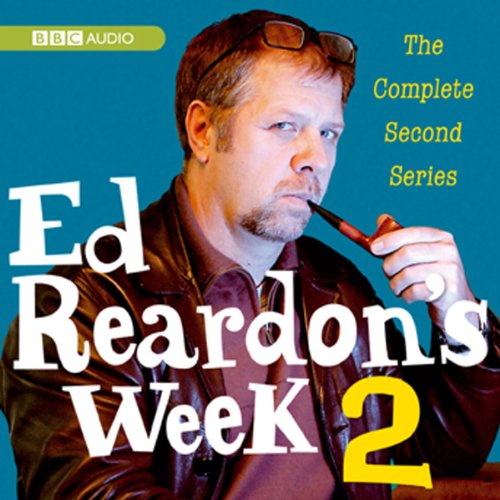 In these six episodes, Ed performs at the Berkhamsted Festival of Literature (in a jazz band), writes the links for TV’s Japanese Night (with his own episode of Tenko as the centrepiece), and finds himself in hospital with his beloved laptop.

As good as the first brilliant service...

I'm delighted to say that Ed Reardon's Week series 2 is as thoroughly enjoyable as the fantastic series 1.

The characters are more established and the blend is very strong. The cast remains mainly the same with the exception of Barunka O'Shaughnessy who is parachuted into Ping's shoes and really takes the character up a notch or two.

Ed's life continues to struggle along from one disaster to another with a couple of moments to give him something to smile about.

His banter with Jaz Milvane (played by Philip Jackson) just gets better and better.

I'm becoming a big Ed Reardon fan. Where can I buy an Elgar t-shirt?

Not as good as first series but still enjoyable

If you could sum up Ed Reardon's Week: The Complete Second Series in three words, what would they be?