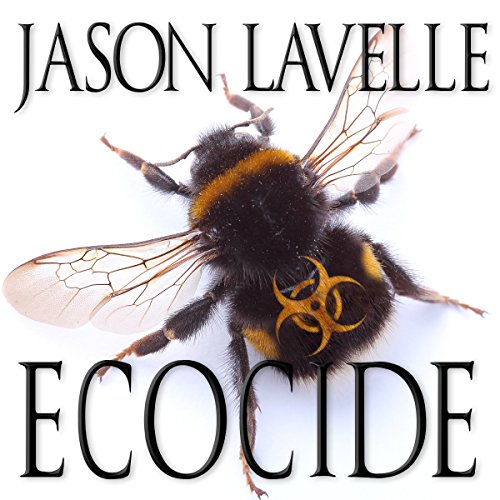 By: Jason LaVelle
Narrated by: Melanie Ewbank
Try for $0.00

The zombie epidemic has begun, and the world is reeling from this onslaught of mindless, merciless killers. In a desperate attempt to rid the world of a horrific new disease, humankind poisons its own ecosystem, and dooms not only the zombies it fights, but also the very people it is trying to save.

At 16 years old, Kala is the sole survivor in her family after the first wave of zombie infections tore through her hometown in southern Florida, only to then be gunned down by an FBI sharpshooter while trying to escape the diseased city with her friends. When she finally wakes up, she finds herself in a dangerous new America. Her only hope is to travel north with her newfound companions, where they hope to find food, shelter, and protection. Their path will not be easy, because zombies are not the only killers roaming the streets. Hope balances on the blade of a knife, and survival is the only option left.

What listeners say about Ecocide

Having loved book 1, I was really looking forward to listening to this one and couldn't wait to start it. Book 1 was all about the spiders and the virus, book 2 is about the ramifications of this and the aftermath of the Zombie outbreak.

As if Zombies and deadly spiders and virus carrying mosquitoes weren't enough, what's left of the human race have to try to survive the killing of bees and the poisoning of the soil so that now, crops won't grow and flowers etc won't be pollinated! All the while evading the man eating Zombies!!

Meanwhile, Kala finally meets up with new people and together, they have to try to get outside the quarantined area before it's too late. How can she and her companions escape when the place is heavily fortified and protected by the army!

Once again, the author has created an action packed, nail biting and addicting read. The plot is fast paced and gripping, the characters are all we developed and written and it's easy to become invested in their story. I can not wait to see what else the author will come up with for these characters.

Melanie Ewbank did a great job with the narration. She was easy to listen to and held my attention throughout.

*I received a free copy of this but voluntarily reviewed it. This in no way influenced nor affected my thoughts.*

Sixteen year old Kala is determined that she and her new friends will survive this new zombie epidemic brought on by mosquitos. But it is not only the Zombies the new world must recover from because in trying to wipeout the disease carrying mosquitos the people have started a major chain reaction of killing off the food supply. The circle of life has been destroyed, but can it be fixed? Humm, Zika maybe?

This book although sci-fi makes you think about the Zika and what really should be done and how far we should go to eradicate such diseases. The author is very insightful and has a action packed, suspenseful great book. Narrator, Melanie Ewbank does a great job on all of the characters, and I just love narrators like her that take the time to make the story. They read each character as if they are that person at that time and it makes you the listener feel as though you are there in the middle and it is happening right then and it is awesome. Thank you for that experience, I hope to come across more of your works in the future. Maybe even to see what Kala is up to next.

Nothing about this book would I have changed. I had a movie playing in my head the whole time I listened.

I haven’t had the chance to read many zombie related stories, but this was a really good one! I wish I had read Book 1, prior to this one though. Either way, I’d definitely recommend this story to others.

What was one of the most memorable moments of Deranged?

I wasn’t a fan of this narrator. There was really no variation between characters besides the kids and Nolan and his sub-par Australian accent. Most of the characters sounded the exact same and this made it a little hard to follow who was talking. I’m sure reading the book would have been much better. When the kids talked, oh man, lol. The narrator sounded so cheesy, as in it was really obvious it was a woman pretending to be a kid. It just didn’t work for me. Does the narrator have a natural accent? I ask because for whatever reason whenever she said ‘peninsula’ she would say it like ‘peninshula’, with an ‘h.’

Either way, I’d recommend the narrator Valerie Gilbert, she does a great job with accents and different character voices and could totally see/hear her reading this story.

Of course I would! As mentioned above, this was a great story and am willing to see any zombie related movies! Love zombies!

Calla is sixteen? That was really hard to believe considering all the random things she knew and the way she acted.

So Calla ends up getting out of the airplane hangar at the beginning. She was able to change her clothes but still had no shoes. There was no mention of her finding shoes unless
I somehow missed that part. There were also no comments regarding her smell considering she had peed herself at the beginning.

How did Calla know about all the different bones and body inside parts?

I found it strange that given how smart Calla seemed she thought her car would have no problems running after having sat for three months. I just did some research to find out that a car battery typically dies after one month unless it’s a higher end car, which Calla’s car did not sound like.

Given what the characters or people of this story were going through, why were they still relying on God to help them? They were praying, calling out to him, and then wondering why he wasn’t helping.