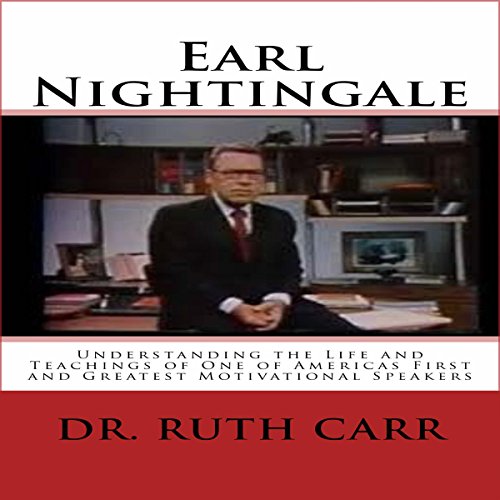 The life of the man who is arguably one of the greatest philosophers of his era began in a time when one would not expect such a profound outcome. Born in Los Angeles, California on March 12, 1921, Earl Nightingale's humble beginnings proved to be an ideal setting. In his prime, he earned the title of the "Dean of Personal Development", but there was once a time when hopefulness was not a part of his everyday reality. The country's most inspirational motivational speaker and author was inspired by his meager surroundings. At just 12 years old, Earl witnessed his father walk out on his mother, Gladys "Honey" Nightingale, and his two brothers. Millions of American citizens were already unemployed and, now, Honey and her three boys joined the ranks of the needy. To support them, she took a job working in a sewing factory at the Works Progress Administration (WPA). At the time, the WPA was credited for developing eight million jobs for the unemployed and distributing clothes, food, and housing to the poor.

What listeners say about Earl Nightingale

I wanted to punch him in the throat.

He's a talented orator (meaning good voice) but he doesn't follow or believe in the principles Earl Nightingale espouses. He overly emotes certain parts and comes off as fake.

When he quotes someone, he tries to IMITATE their voices!!! This is annoying in general but unlistenable when he quotes women.

Do NOT buy this.

learned about his story of struggle and mindset. thank you. executed well!!! great Job ruth

Never heard of him till this

I learned a lot by listening to this and I'm going to pick up a few of his audio books that are on the site. I enjoyed this.

This is a good introduction to the ideas of Earl Nightingale

I had heard of Earl Nightingale and have listened to the strangest secret. I didn't know that the great man came from humble beginnings. I enjoyed the book because of the simple idea that you can do better when you accept responsibility and are prepared to work at it. I would encourage anyone to give the works of Earl Nightingale a good go. Having the audio book means you can sit back listen and take notes