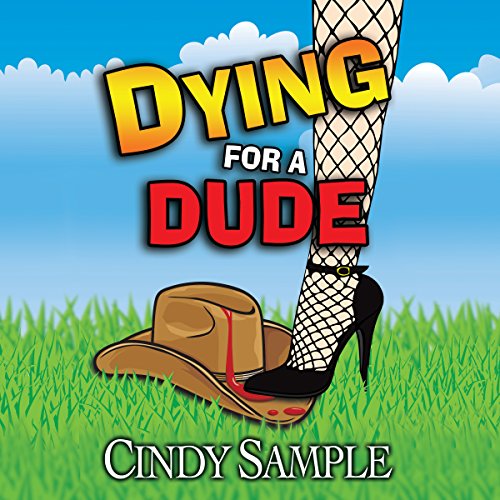 Dying for a Dude

By: Cindy Sample
Narrated by: Alyx Morgan
Try for $0.00

Dying for a Dude is a 2015 LEFTY Award Finalist for Best Humorous Mystery and a 2015 Next Generation Indie Award Finalist in both humor and mystery by national best-selling author Cindy Sample.

When Laurel McKay agrees to perform with the Sassy Saloon Gals during Hangtown's annual Wagon Train parade, her greatest fear is a wardrobe malfunction. Before she can lace up her corset, a 150-year-old skeleton turns up on her grandmother's property. Did Laurel's great-great-grandfather murder his mining partner? Gran insists not and wants Laurel to prove it. Then the body of a prominent citizen is discovered shortly after Laurel's ex-husband decked him. When her detective boyfriend throws her ex in jail for murder, Laurel, with the help of her zany friends and family, must find the real killer.

Juggling two kids, a new boss, a wilting romance, and two murder investigations would be enough to turn any woman into a chocolate addict. Extra pounds are the least of Laurel's worries as she and her Mustang-driving octogenarian grandmother try to unearth some long-buried secrets before the killer adds their names to Hangtown's bloody history.

What listeners say about Dying for a Dude

I read the first couple of books in this series and enjoyed them. This one not so much. The characters were flat and the story predictable.