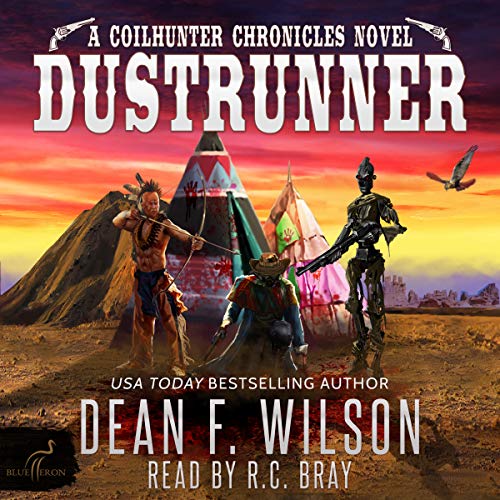 Nox is a wanted man.

While searching for a criminal, the fabled Coilhunter wanders into a tribal village massacre. He didn't do it, but that doesn't matter. The clues point to him, and he's made a lot of enemies over the years. Many would happily see the tables turned.

His pleas of innocence fall on deaf ears. No sooner does he try to find the real killers than posters go up across the Wild North - posters with his face and his name. He isn't the only bounty hunter out there. Dozens assemble to cash him in.

Tasked with finding out who's framed him, Nox must also survive the constant onslaught of frontier law. He's used to hunting others. He's not so used to life on the run.

What listeners say about Dustrunner - A Science Fiction Western Adventure