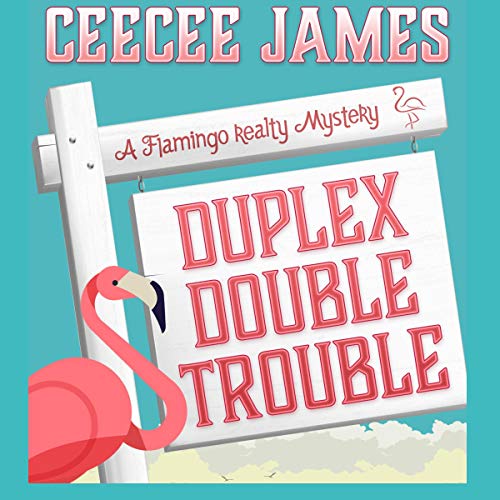 By: CeeCee James
Narrated by: Jennifer Groberg
Try for $0.00

Stella's newest client, Charlie Booker, wants to sell his half of a duplex, but before he can sign the listing papers, he's murdered.

Even stranger, there are only one set of footprints leaving the house and none showing up as entering the home. The police mark it as a robbery gone wrong and target a local group of petty thieves.

Stella can't shake the feeling that it’s someone much closer. There’s his neighbor, the owner of the other half of the property, and a girlfriend who was overheard threatening the poor victim. The girlfriend is overly polite and friendly while being really passive-aggressive about keeping her out of the house.

Stella doesn't have any evidence to give the police - she can't have anyone arrested on bad vibes. So, Stella does some sleuthing and the more she digs around, the more convinced she is that there's something hidden in that house. What could be in there that's worth committing murder for?

Meanwhile, Stella finds out more about her past...and her mother. The secrets are starting to unfold, and Stella is holding all the men in her life accountable. She's just as determined to know the whole truth as they are determined to keep her from finding out.

Hanging ending was a big disappointment

I love this series, but the happy ending was great until the stuck on teaser and hanging question and having to wait for the next book. That was mean.

I started with the wrong book. Didn't know this was booked for so I guess I'll get the other three before I go on. But written very well