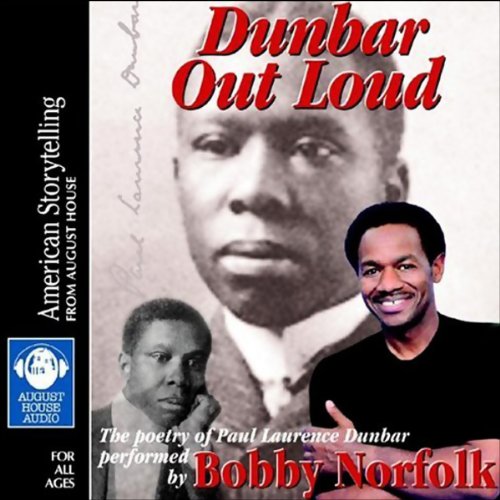 By: Paul Laurence Dunbar
Narrated by: Bobby Norfolk
Listen free with Plus trial

Here are a baker's dozen of Paul Laurence Dunbar's poems brought to life in the medium he always wrote for - the spoken word. As narrated by Bobby Norfolk, these poems evoke the range of moods, from elegy to wonder to celebration, that the poet is remembered for.

Dunbar was born in Dayton, Ohio, in 1872, to parents who were both former slaves. From this humble and impoverished background, he went on to achieve international recognition for his work, which he alternately rendered in African-American dialect and in standard English. His work was popular with both black and white readers. Though he died of tuberculosis at the age of 33, his output was prolific. Before his death, he published 12 poetry collections, four short-story collections, one play, and five novels.

"The rich and descriptive poems of Paul Laurence Dunbar come alive as they are performed by three-time Emmy winner Bobby Norfolk. Listeners are transported to the American South in the era around the Civil War through dialect and the themes of the poems." (School Library Journal)
"This poetry collection has something for everyone - the admonitions of an exasperated mother rousting her child in the morning, the spine-tingling teasing of the bogeyman, the fleeting memory of the first rose of love, the profound sadness and injustice of sons, fathers, and husbands going off to war, and the excited cheer of a special picnic." (AudioFile)

What listeners say about Dunbar Out Loud

A Short sample from one of America's best authors

In his short, productive life Paul Dunbar wrote novels, short stories, 11 volumes of poetry, and a libretto or two. This brief sampling has a heavy dose of poems in a rural dialect with a few in standard English. The author and the narrator (Bobby Norfolk) show great respect for the rural speakers in the poems and for the natural rhythm and musicality of the words. Dunbar's poetry and prose span the range of human emotions from pathos to ecstasy -sometimes in the same work. His genius shines through his characters and stories. This brief collection is a good starting place to explore that genius.