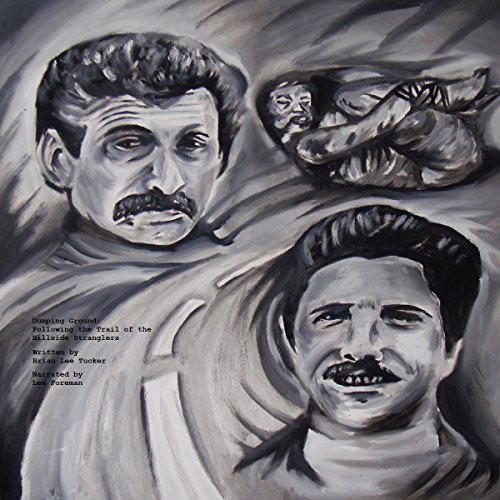 Dumping Ground: Following the Trail of the Hillside Stranglers and Their Victims

Los Angeles, the heartbeat, where sounds of lust and shopping swallow up catcalls, shameless bragging, screams of terror and delight, and from passing LAPD prowl cars darting down the San Diego Freeway come the sad and lonesome wail of sirens - police sirens - the song of the city. The city streets are a carnival, they are burlesque. The city moves like an insect. It scurries. Neon beats against the window like a probe, even in the day. And somewhere, buried deep within this crazy world, are two killers who call this place home.

One of them, a man whose birth given name was Kenneth Bianchi but whom his friends know as Ken, waits in the shadows sipping beer and smoking a cigarette and watching the show with delightful glee. These women he sees - whether they be a Valley Girl or a lowly prostitute - all seem to remind him of his mother.

His mother had been a prostitute who'd given him up as a child. When he first grew up and can remember, he was dressed as a girl by his mother, and he stayed that way for two or three years. And after that he was treated like what he would call the dog of the family.

But that was long ago and far away; that was then and this is now. Tonight, his senses are accelerated and he can hear the pain and the sin on every street corner. It's like they were calling to him, for him and his cousin Angelo to end their pain and suffering once and for all. The world around him continues to live and breathe, and as he watches sinners kiss, as he watches them gambol and dance, he is reminded of why he's really here.

What listeners say about Dumping Ground: Following the Trail of the Hillside Stranglers and Their Victims

what a waste~ 1 STAR

PLOT: story of the Hillside Stranglers

Poorly done sounds like they recorded it in their garage on a cheap recorder. This drones on you have to work to even listen to it after the first 5 minutes. This goes into salacious detail of the murders of the young women and the 2 men who raped tortured and dumped their bodies. Do not bother to purchase this. This is the first time I have ever said that is hundreds of purchased. 1 STAR is being generous. The quality of the recording is pathetic.

I read true crime a lot and this is not at all what I was expecting. It was very...raw. Not in biographical format or even a storytelling format. It was graphic without much explanation as to why or how the events were happening. I did not finish it and was bummed I wasted a credit.

Author focuses on and seems to revel in the gruesome mistreatment of the victims at the expense of facts and background - truly disrespectful to the true life victims.

What made the experience of listening to Dumping Ground: Following the Trail of the Hillside Stranglers and Their Victims the most enjoyable?

What other book might you compare Dumping Ground: Following the Trail of the Hillside Stranglers and Their Victims to and why?

Anything by Anne Rule or Bentley Little.

What does Lee David Foreman bring to the story that you wouldn’t experience if you just read the book?

If you could give Dumping Ground: Following the Trail of the Hillside Stranglers and Their Victims a new subtitle, what would it be?

The Mask of sanity

Would you try another book written by Brian Lee Tucker or narrated by Lee David Foreman?

Possibly as long as the recording quality was more professional considering I've paid for it.

It's a decent enough account of the murders. Decent research.

Did Lee David Foreman do a good job differentiating each of the characters? How?

His reading wasn't bad, but the fact that it sounded like it was recorded in the guy's dining room was awful.

Could you see Dumping Ground: Following the Trail of the Hillside Stranglers and Their Victims being made into a movie or a TV series? Who would the stars be?

This audio book cost me £4.80. As I mentioned above, it sounded like it was recorded in someone's dining room, piss poor in other words. That is not something that should be happening from a book I have paid good money for. I expect a professional recording.

This book was fantastic, and the narrator did an amazing job at impersonating the stranglers voices, thank you very very much Lee!!!