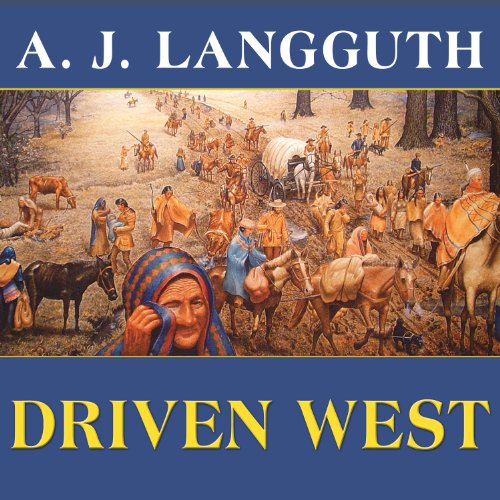 By: A. J. Langguth
Narrated by: Mel Foster

By the acclaimed author of the classic Patriots and Union 1812, this major work of narrative history portrays four of the most turbulent decades in the growth of the American nation. After the War of 1812, Presidents Monroe, Jackson, Van Buren, and Polk led the country to its Manifest Destiny across the continent, but the forces and hostility unleashed by that expansion led inexorably to Civil War.

As president, Andrew Jackson decreed that the Indians of Georgia be forcibly removed to make way for the exploding white population. His policy set off angry debate in the Senate among such giants as Henry Clay, John Calhoun, and Daniel Webster, and protests from writers in the north like Ralph Waldo Emerson, who represented the growing abolitionist movement. Southern slave owners understood that those protests would not stop with defending a few Indian tribes.

"This work is sure to be controversial among western expansion and Civil War scholars and as such is highly recommended for individuals with interests in Cherokee and Civil War history." ( Library Journal)