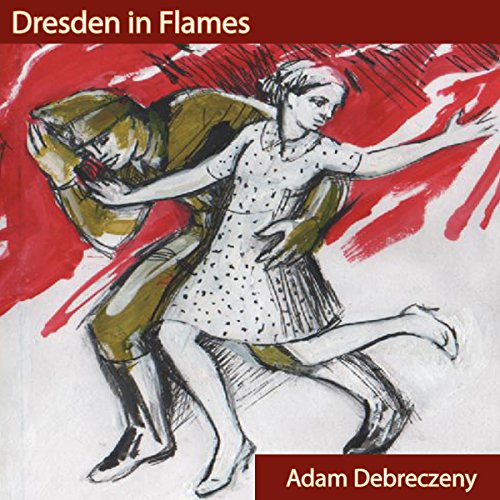 By: Adam Debreczeny
Narrated by: Will Stauff
Length: 2 hrs and 23 mins
Categories: Romance, Historical
2 out of 5 stars 2.0 (1 rating)

By: Adam Debreczeny
Narrated by: Will Stauff

In 1944, the Soviet armed forces approach Hungary. As a result, Germany offers the opportunity to the Hungarian university students to continue their studies in Germany. Two such students are Eva Radnai and Botond Barna, who are in love and share an apartment in Budapest.

After some hesitation, they decide to escape to Germany with other students. Budapest is being bombarded by the Allied air force, causing much damage. After 10 days of traveling by train, Eva and Botond arrive in Dresden, Germany.

The couple finds an apartment. Botond is recruited by force to join the German army, from where he never returns. His disappearance remains a mystery. Eva meets Gabor Dunai, a Hungarian lieutenant also stationed in Dresden. Eva and Gabor fall in love. On February 13, 1945, Dresden is bombed several times. Gabor just survives the air raids at the military barracks, as does Eva, who lives on the outskirts of the city.

Gabor is transferred to Meiningen, where, with his unit, he defends the city against the advancing American tanks. Eventually, he is taken as a prisoner of war and transported to Marseille in the South of France, where he spends six months as a POW.

Eva accepts Gabor's suggestion to move to Austria in Salzburg after it becomes an American zone. She arrives there before the Soviets occupy Dresden. In Salzburg, she gives birth to twin boys. Gabor finally is reunited with Eva, and they get married.