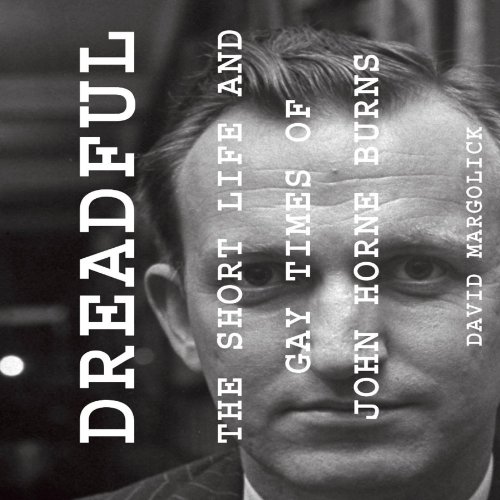 American author John Horne Burns (1916 - 1953) led a brief and controversial life, and as a writer, transformed many of his darkest experiences into literature. Burns was born in Massachusetts, graduated from Andover and Harvard, and went on to teach English at the Loomis School, a boarding school for boys in Windsor, Connecticut. During World War II he was stationed in Africa and Italy and worked mainly in military intelligence. His first novel, The Gallery (1947), based on his wartime experiences, was critically acclaimed and one of the first to unflinchingly depict gay life in the military. The Gallery sold half a million copies upon publication, but never again would Burns receive that kind of critical or popular attention.

Dreadful follows Burns from his education at the best schools to his final years of drinking and depression in Italy. With intelligence and insight, David Margolick examines Burns' moral ambivalence toward the behavior of American soldiers stationed with him in Naples, and the scandal surrounding his second novel, Lucifer with a Book, an unflattering portrayal of his experiences at Loomis.