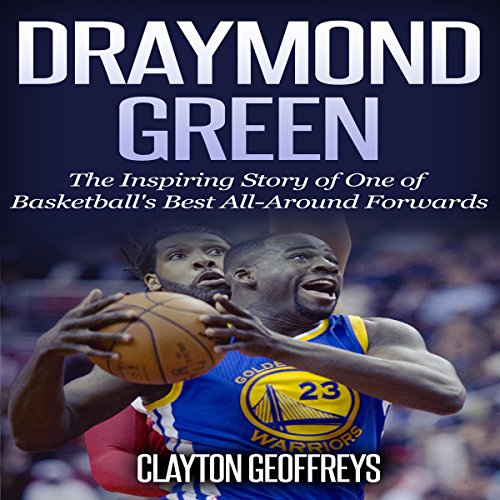 By: Clayton Geoffreys
Narrated by: Shoots Veis
Try for $0.00

In Draymond Green: The Inspiring Story of One of Basketball's Best All-Around Forwards, you will learn the inspirational story of one of basketball's premier forwards, Draymond Green. Since entering the league as the 35th pick of the 2012 NBA Draft, Draymond Green has crafted his way as one of the best in the game on both ends of the floor. With a high degree of skill on both the offensive and defensive ends of the floor, Draymond played a key role in the Warriors' 2015 championship run.

It should come as no surprise that Jerry West has called Draymond one of the top 10 players in the league today as of the 2015-2016 NBA season. Few big men have the multiple skillsets that Draymond possesses, making Draymond an asset to any team that he plays for. It will be exciting to see where Draymond's career goes, as he already is an NBA Champion at the young age of 25.

What listeners say about Draymond Green