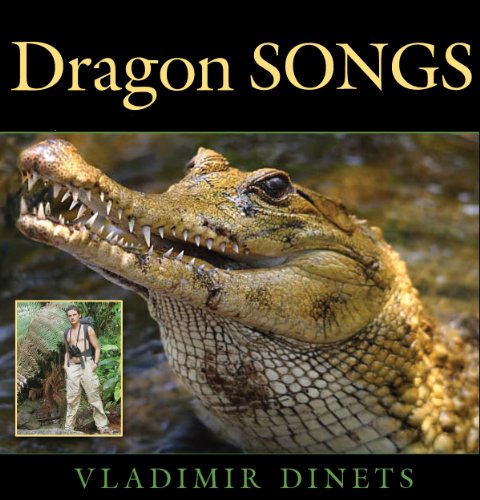 Love and Adventure Among Crocodiles, Alligators, and Other Dinosaur Relations
By: Vladimir Dinets
Narrated by: David Marantz
Length: 11 hrs and 17 mins
Categories: Science & Technology, Biology
4.5 out of 5 stars 4.5 (16 ratings)

A born naturalist and a fearless traveler, Vladimir Dinets wrote travel guides, conducted field research, and lived a couple of lives before he was accepted into the PhD program in zoology at the University of Miami. He thought crocodiles were a dead-end research topic - survivors from the age of the dinosaurs but not much else - until he witnessed groups of up to seventy alligators performing mating choruses that included infrasound vibrations - a form of communication extremely rare in nature - and a “dance” unknown in the scientific literature but that resembled a scene from Jurassic Park. To prove his thesis about the language of crocodiles, he spent the next six years traveling around the world on shoestring budgets and in extreme circumstances, studying almost every living species. At the same time, as a man desiring companionship in life, he sought love.

With adventures on five continents, Dragon Songs is his account of this quest. It includes an escape from a boiling lava lake in the Afar Desert, being chased up a tree by a tiger in India, hitching a ride with a cocaine smuggler in Bolivia, and diving with giant Greenland sharks - all in the name of studying crocodiles, among which he routinely paddled in his inflatable kayak. Of course, not everything went according to plan. But, in the end, his ground-breaking research helped change the field. And during the course of his adventures, he met and courted his future wife.

This not only a great book about science and crocodiles, but also a journey through the wildest places left in our world. Few people in the modern world have experienced such diverse places and even fewer can tell their stories well enough to transport readers there to experience them in all their beauty and wonder. Thank you Vladimir!!

I didn't really know what to expect when going into Dragon Songs, but what I found was a wealth of knowledge, information, adventure, and even some love. I went from having almost no interest in Crocodiles to having a great desire to fly on down to Florida, buy and inflatable kayak, and paddle through the everglades at night. Which is exactly what the author of this book does.

It's a modern book but the author often recalls the adventures of the past, bringing up other books, past adventures and expeditions. The author visits many different countries and really breathes life into the cultures and the people he meets. I loved the people that he encountered, everything felt very tangible.

It also was informative, I would often find myself taking a break from the book and would turn to my wife and say, "Wow, I just learned..." Really, it was almost everything I want in a book. I would highly recommend.

The only aspect of this audio book I found lacking was the narrator. He wasn't exactly bad, but there continuously seemed to be a lack of enthusiasm for the story. It could feel very dry even when the subject matter was exciting. But even this hitch did not stop my enjoyment of this book.

After reading this book my wife and I are now planning a trip to visit a spot that he talks about in the book, we bought an inflatable kayak and are going to go have our own adventure! This book re-ignited my wanderlust and I am very thrilled!