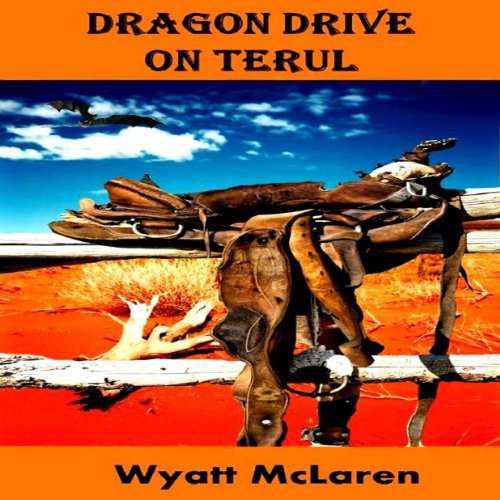 It was tough enough herding longhorns - an undertaking fraught with danger and hardship - to Abilene or Kansas City or Sioux City. So just think what it would be like trailing dragons instead of cattle hundreds of miles across the uninviting terrain of planet Terul. But Buck Johnson, Skeeter Evans, and Snort Jones are attempting it. And if everything goes right, they'll sell the dragons for a good price and finally be able to get off Terul. But things seldom go as planned – especially when dragons and Terullians are involved.

This collection of Buck Johnson stories, titled Dragon Drive on Terul, comprises three short stories. Think of Star Trek, The Rounders, and a little Lonesome Dove all shaken together and poured out, and you'll have some idea of what you're about to taste when you step into Buck Johnson's life.

What listeners say about Dragon Drive on Terul