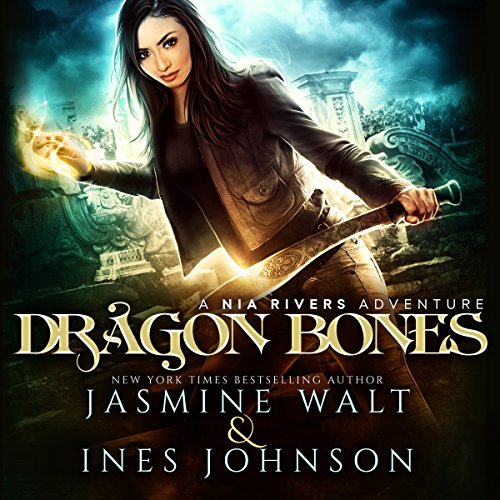 By: Jasmine Walt,Ines Johnson
Narrated by: Kate Marcin
Try for $0.00

For the last couple of centuries, Nia has been trying to fill in the blanks of her past by shedding light on history's darkest stories. Her motto: the ugliest stories are the ones that deserve to be told the most.

But when a mysterious woman comes forth with a 2000-year-old relic from Nia's past, Nia isn't sure if the story connected to it is one she wants told to the world. Unfortunately, Nia has no choice but to uncover the truth - fast - before a greedy land developer buries the site forever. The fact that he's also an immortal, with a millennia-old grudge against her, doesn't help. Neither do the dark assassins who have been stalking her for centuries, and who've suddenly decided to up their game to end her life.

Letting her enemies have their way might be best for Nia, especially when the truth might expose a horrific crime from Nia's past. But all stories deserve to be told.

Even the ugliest ones.

Even if they say you might be a mass murderer.

Scroll up and grab your copy today!

What listeners say about Dragon Bones

A trip into deep mythology. Some new ideas.

Good character and world development. I got a bit confused with the two immortal men in her immortal life. Looking for this to get cleared up in future books. I Like her friend Lauren, seems like she's fun to help lighten up the somber mood.

The story is ik but it didn't hold my interest. I didn't connect with the characters and lost interest. Kate Marcin has a nice voice but sometimes her accent slipped.

Dragon Bones is a nice beginning to a series. An immortal trying to preserve history all while trying to remember what she's forgotten. Super ninjas, immortals, and a wiley human female mix it up more than once. Throw in a maddened human with "super abilities" and an unanticipated gross twist along with a love triangle and you've got an interesting book!

An exciting new series by Ines Johnson and Jasmine Walt. It's exciting, fast paced and thrilling.