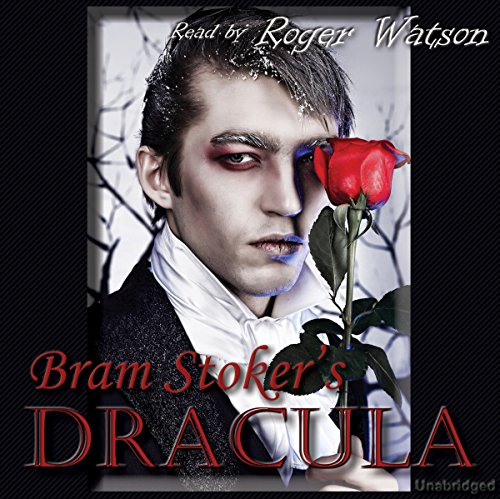 By: Bram Stoker
Narrated by: Roger Watson
Try for $0.00

Although myths about vampires had existed since ancient times, Bram Stoker's Dracula is considered by many to be the work that launched the vampire into the human lexicon, and is undoubtedly the most popular and well-known vampire story ever written. Stoker's inspirations for Count Dracula are heavily debated, but most agree that Dracula was based in part on the historical figure of Vlad the Impaler, a fifteenth-century Romanian ruler known for his indiscriminate brutality, which included a taste for impaling people alive on wooden spikes and watching them die in slow agony.

Pay the price for a better narrator

The story...obviously a classic. The narrator...well, as mentioned in another review, as he fades out (I assume for dramatic effect), it is incredibly difficult to hear him. There are several spots with duplicated recording, but the greatest problem, by far is the narrator's mixing up Quincy and Arthur. At the beginning he give Quincy a wrangley American voice and then forever after uses that voice for British born Arthur!!!! It was very annoying. But, you do get what you pay for....

Would you listen to Dracula [Cherry Hill Edition] again? Why?

Probably wouldn't listen to it again. So many books, so little time!

Have you listened to any of Roger Watson’s other performances before? How does this one compare?

I had not previously, but would choose a book narrated by him in the future.

This story is a classic for a good reason

This story is fantastic. Part detective novel, part fantasy.
The narator was great. The voices really suited the characters, particularily the professor.
The audio was not quite perfect, a few time 5 seconds was repeated.

I definitely enjoyed this book.

How it all started- Dracula

Ok, so the story was pretty good. I felt as thought the ending was pretty anti-climactic. I am like waiting for this huge battle to unfold between the 4 gentlemen and Dracula and then the time kept getting shorter and I was thinking, "How is he going to cram this epic battle in the end!?". No epic battle. On to the actual narration. Meh. There is a lot of the narrator whispering at the ends of sentences which was pretty annoying and I don't know if this just a quality issue but there were some skips here and there where the audio would repeat itself for about 8-10 seconds. I'd recommend it, but maybe a different version. This one was fine for the price I suppose.

Great book, I have read it before, but wanted to re-read quickly and therefore decided to buy this (cheaper) audio version. Whilst Roger Watson's narration was quite good - his Dracular was excellent - the editing was very poor. On too many occasions sentences were re-read and the original mistakes were left in. Also Quincey, who was an American, started with an American accent but half way through the reading Lord Arthur Holmwood some how acquired the American accent and Quincey became English! This lack of "proof listening" rather spoils this version. Otherwise it would have been excellent value for money for this classic.